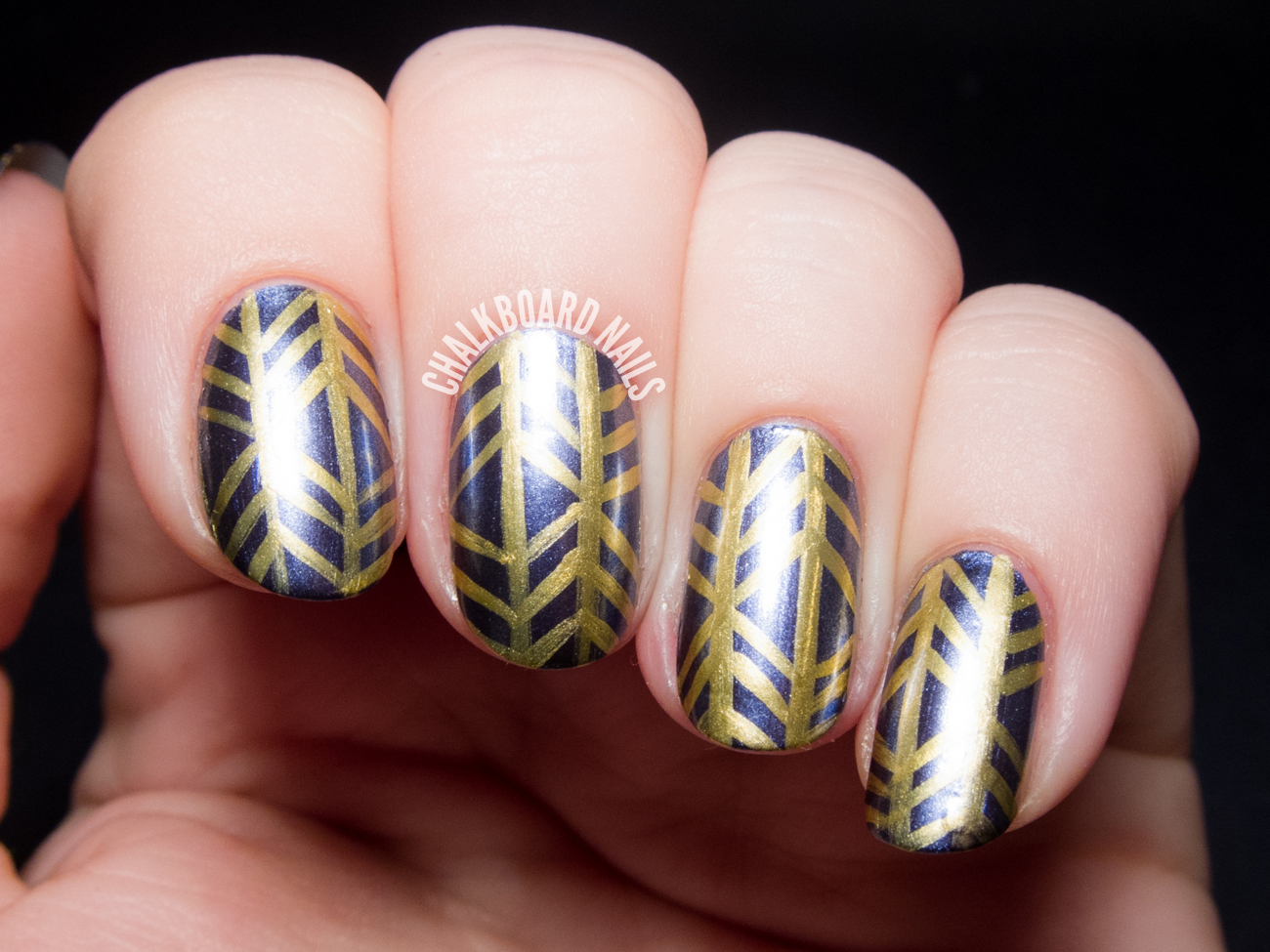 Here's a pattern I haven't tried before: herringbone! I gave it a go with some metallic shades for a look that feels very "Gatsby" to me. If I had a black base it'd be pretty on the nose, eh? Halfway through the pattern, I alternated the way the herringbone was going for a little extra twist on the look. Is this a look you would wear? 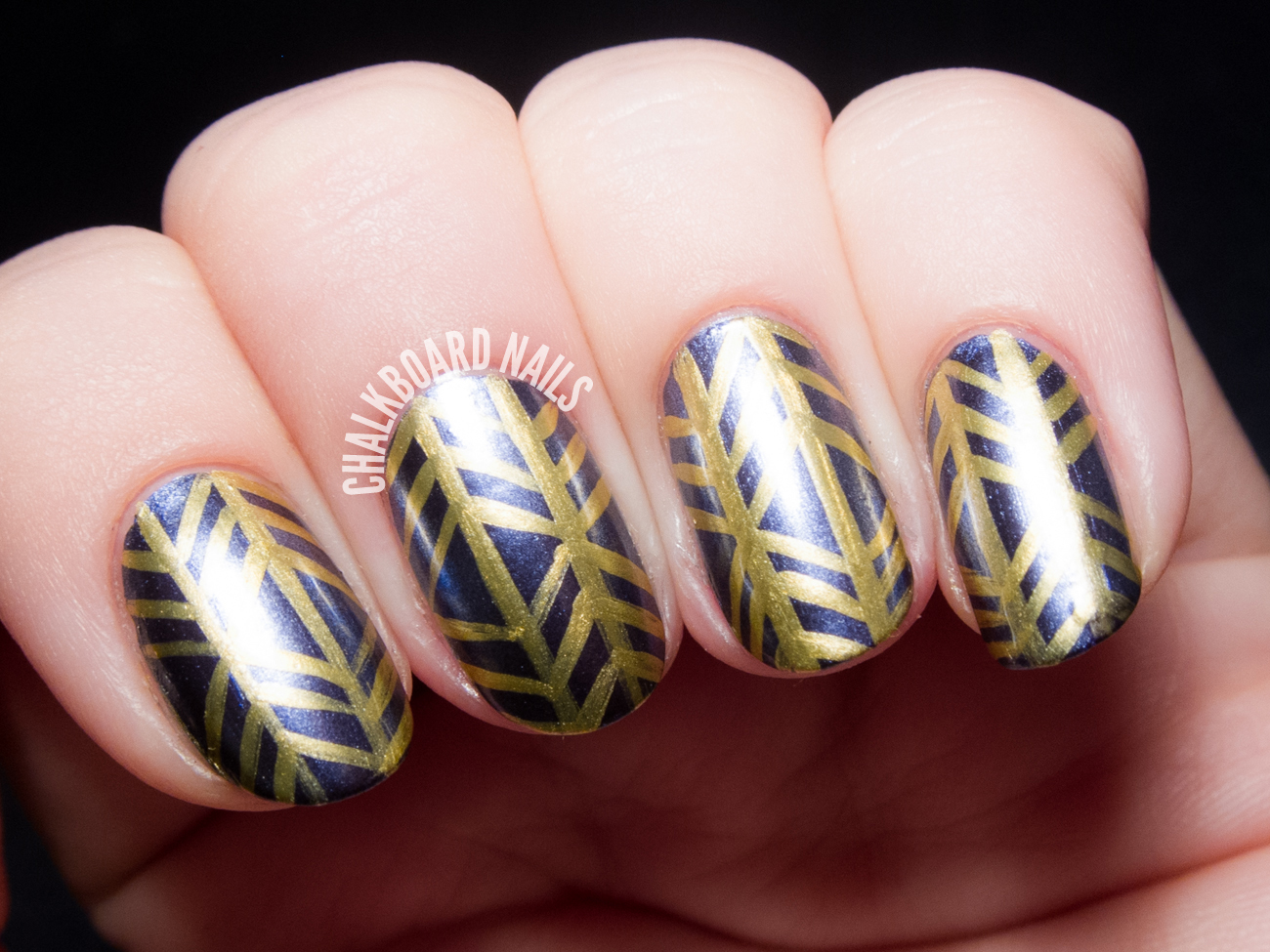 Like a few other chromes that have come out recently, these new Deborah Lippmann shades dry down to a brilliantly reflective finish with high pigmentation and very few brushstrokes. However, they also suffer from some of the issues that can plague chromes, like streaky application and quick chips. I applied Harlem Nocturne over a bare nail, which seemed to work fine. If you're having issues with chips, try combining the chrome with a creme base in nail art for a look that will probably last you a bit longer! 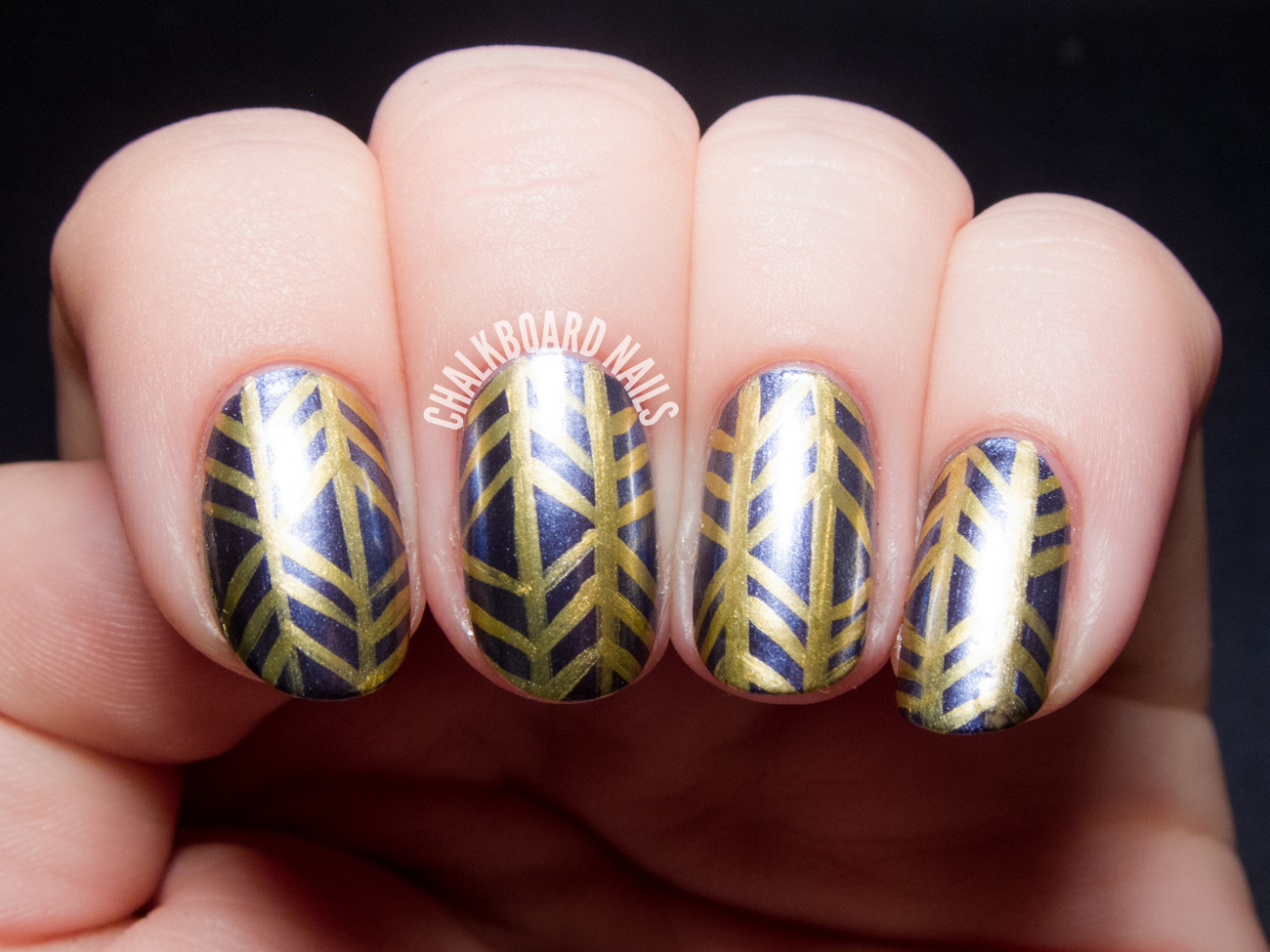 Have you tried herringbone nail art before? I want to give it another go, maybe with shades of grey and thinner lines.
Unknown 9:05:00 AM Komentar