Serum No. 5 is back again with some gorgeous rainbow-y glow in the dark shimmers for summer. I'm a bit late in posting these, but I know you guys wear brights year round (and even better to wear these glows in winter when it gets dark earlier!).

Coral-ectric is a peachy coral with a golden shimmer. It was nicely even at two coats, but I had a bit of visible nail line, so I went for three. It dries down nice and smooth with very little grit from the glow pigments. 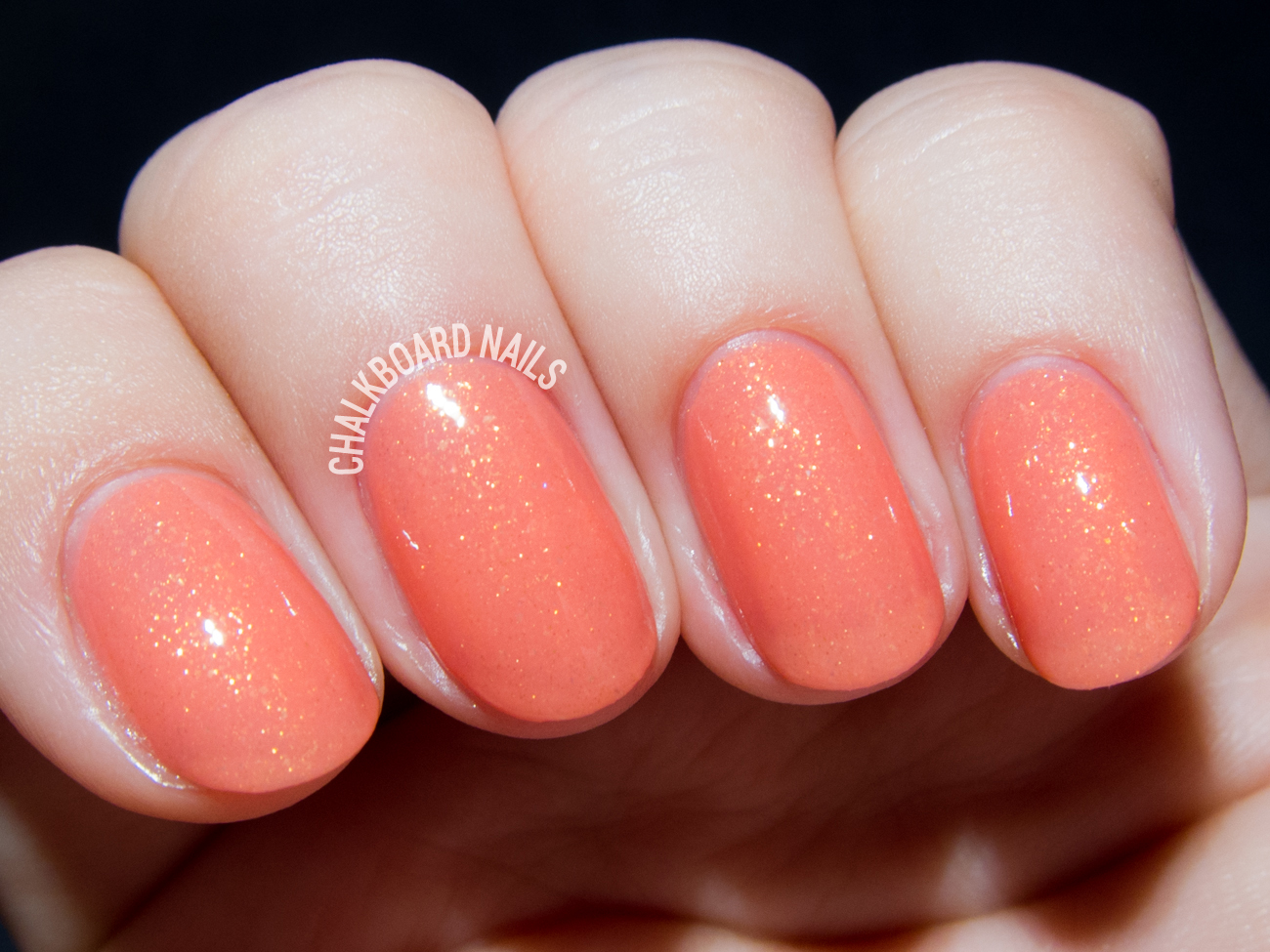 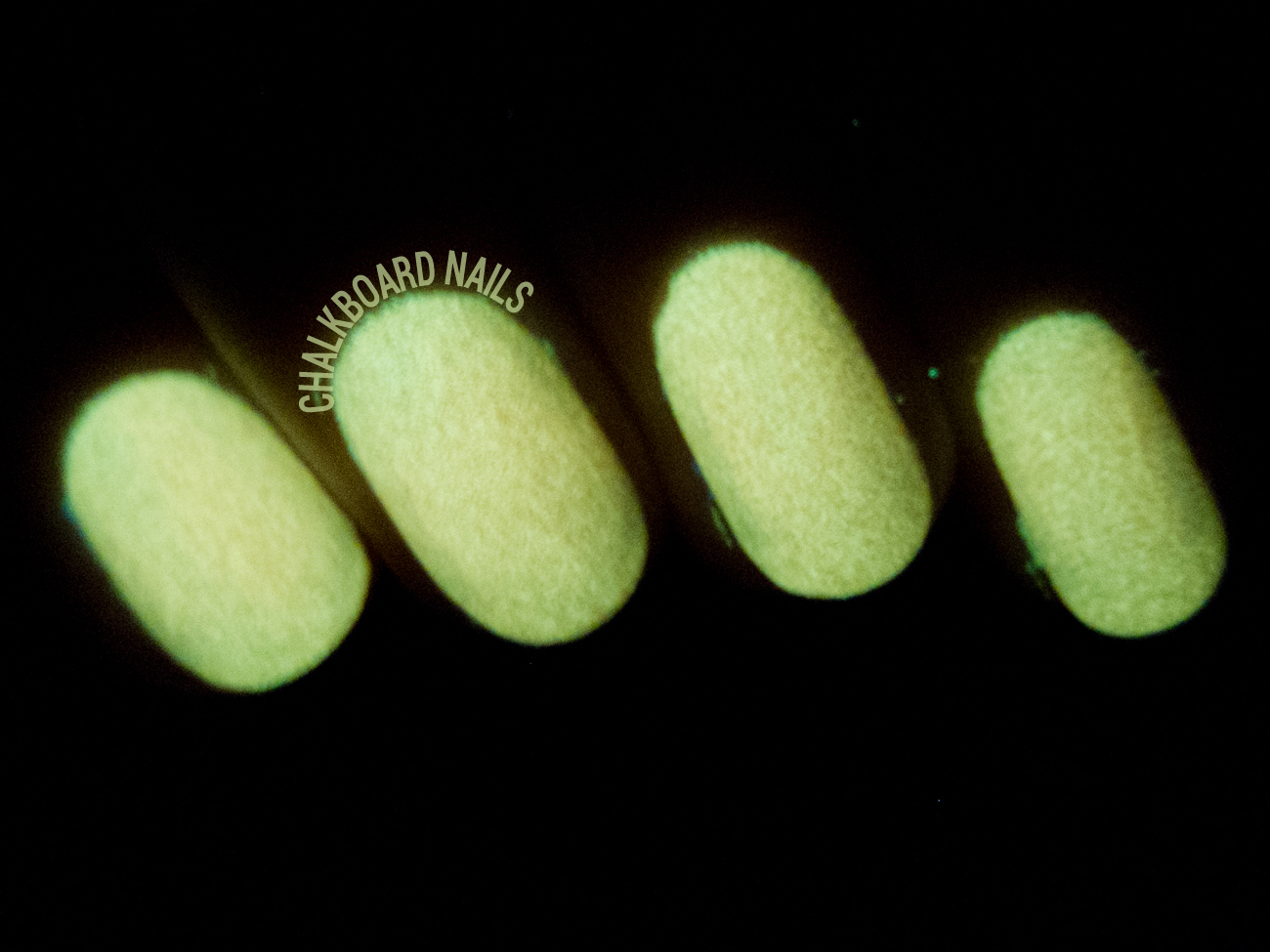 Glo-balt Blue is a gorgeous blue shade with a silver and purple shimmer. Like Coral-ectric, it was even at two coats but I went for three to cover my nail line. It had a bit more grit as it dried down, but was totally manageable with a good coat of topcoat. 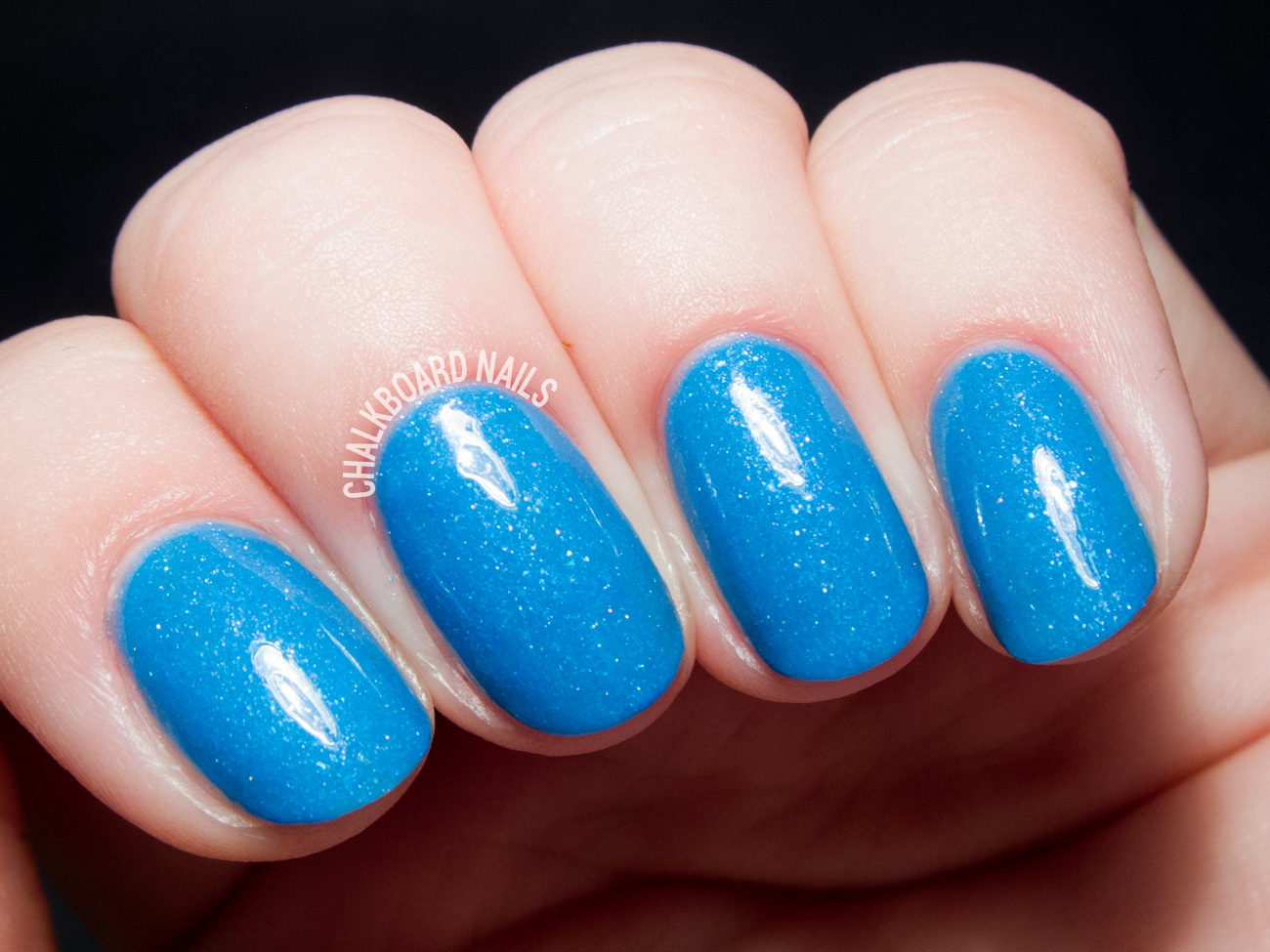 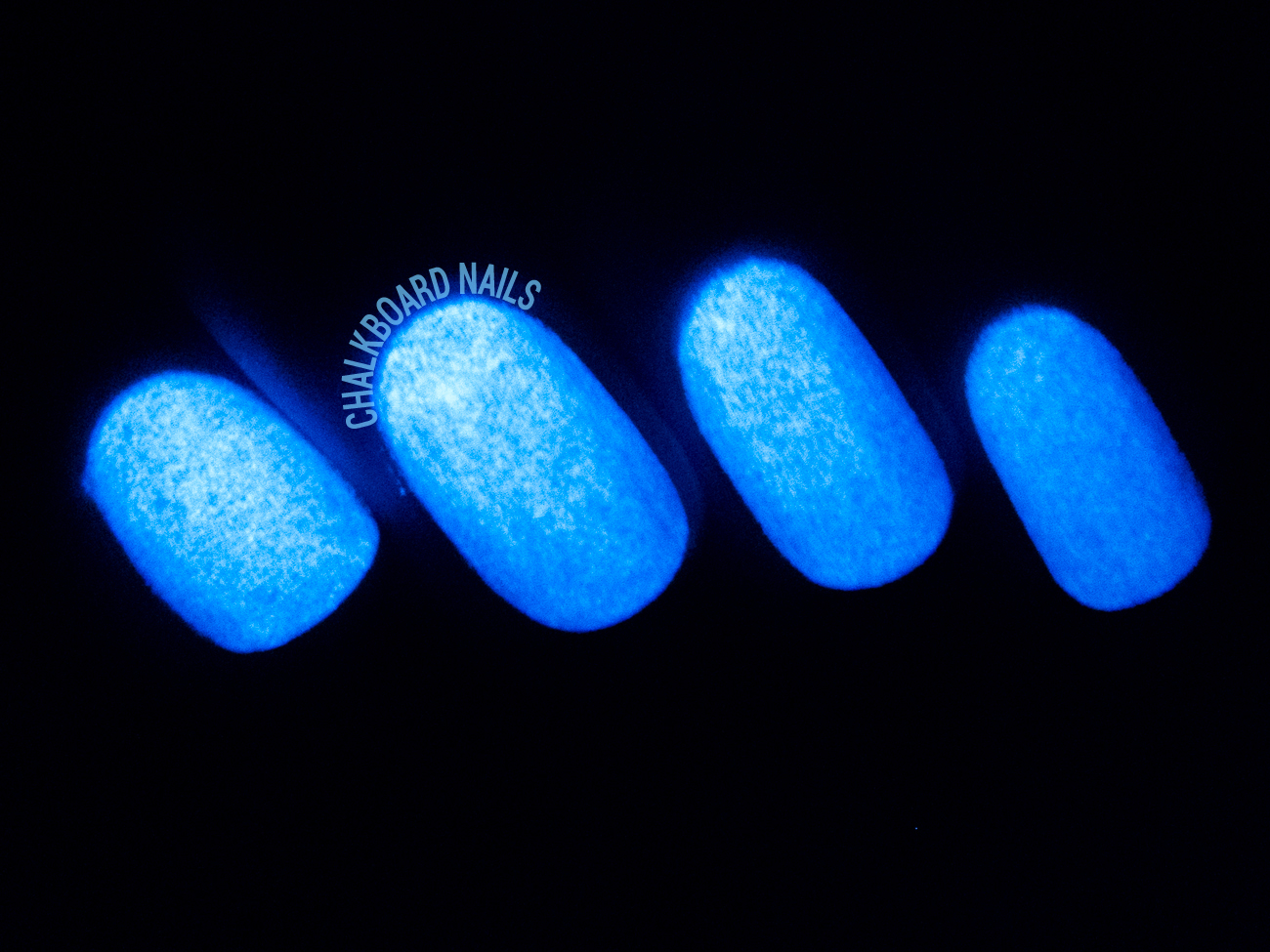 Kiwi Glow Now? is a lime green shade with silver shimmer. I found this one to be a bit streaky when I applied it, even at three coats, so be sure to give it time between coats to let it set. There was very little grit to it as it dried down. 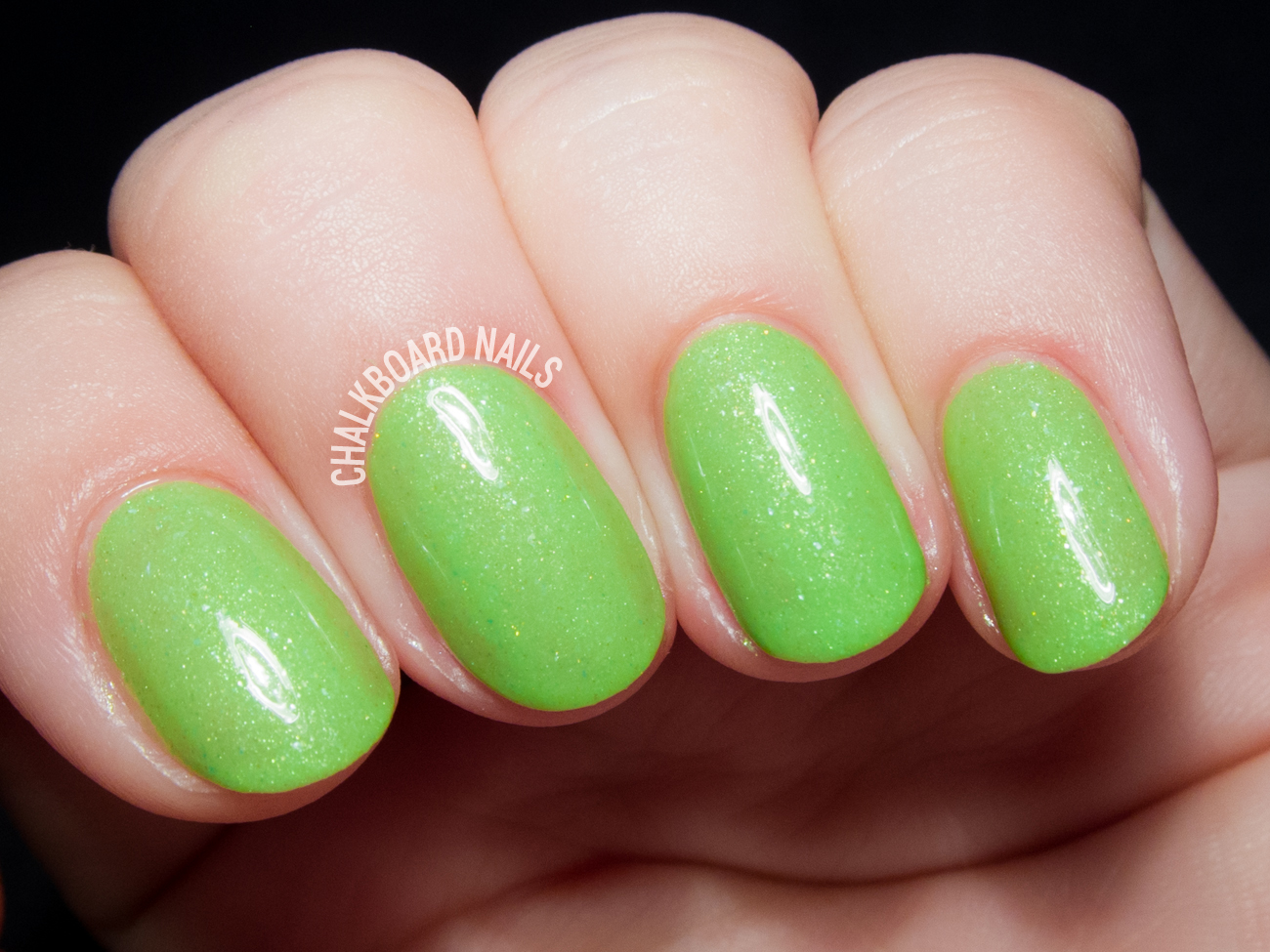 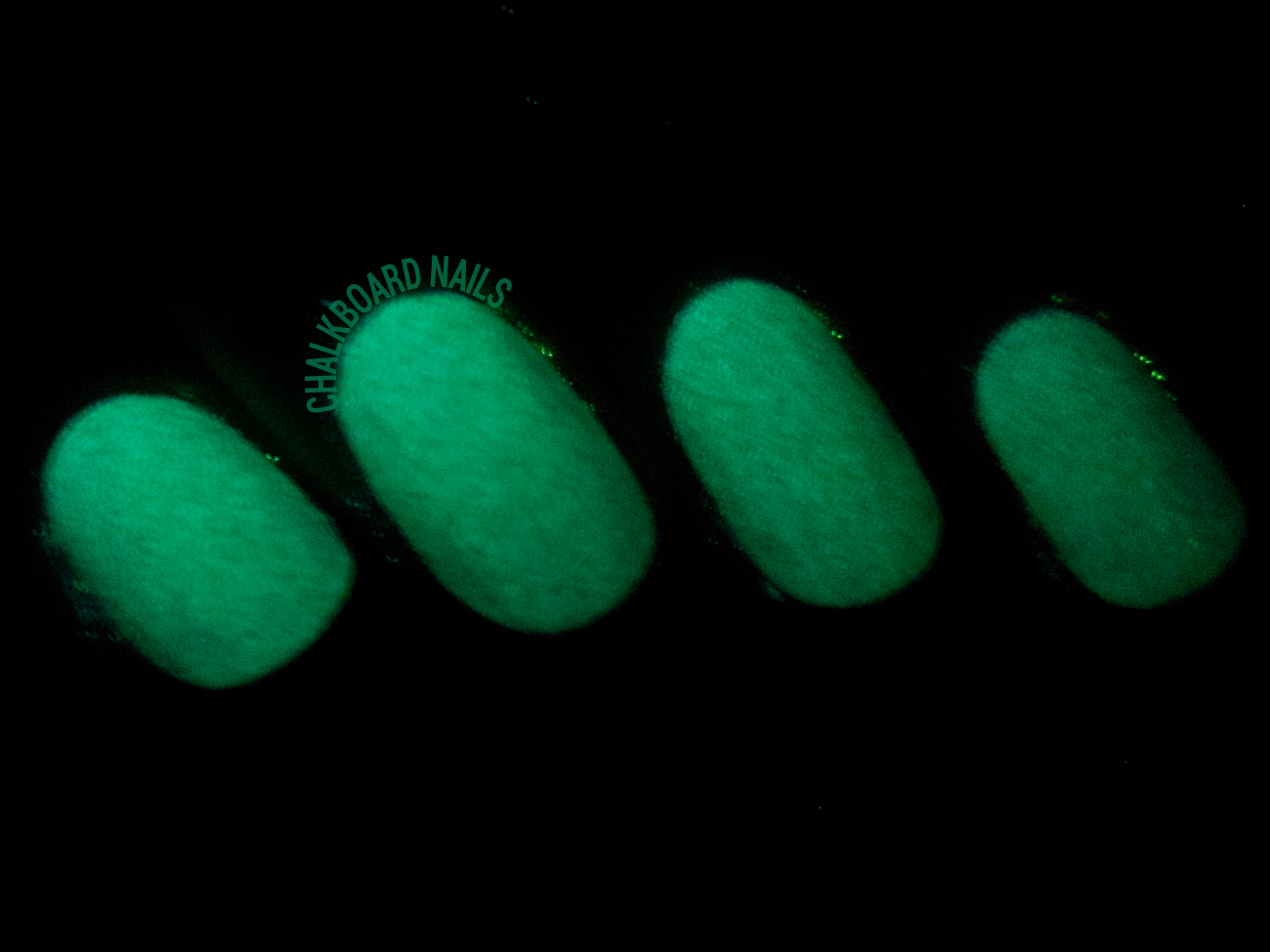 Raspberry Delight is a bright pink with violet shimmer. I used two coats for full coverage on this one. It was on the grittier side as it dried down, so you may need two coats of topcoat. How great is this color? Drooooooool! 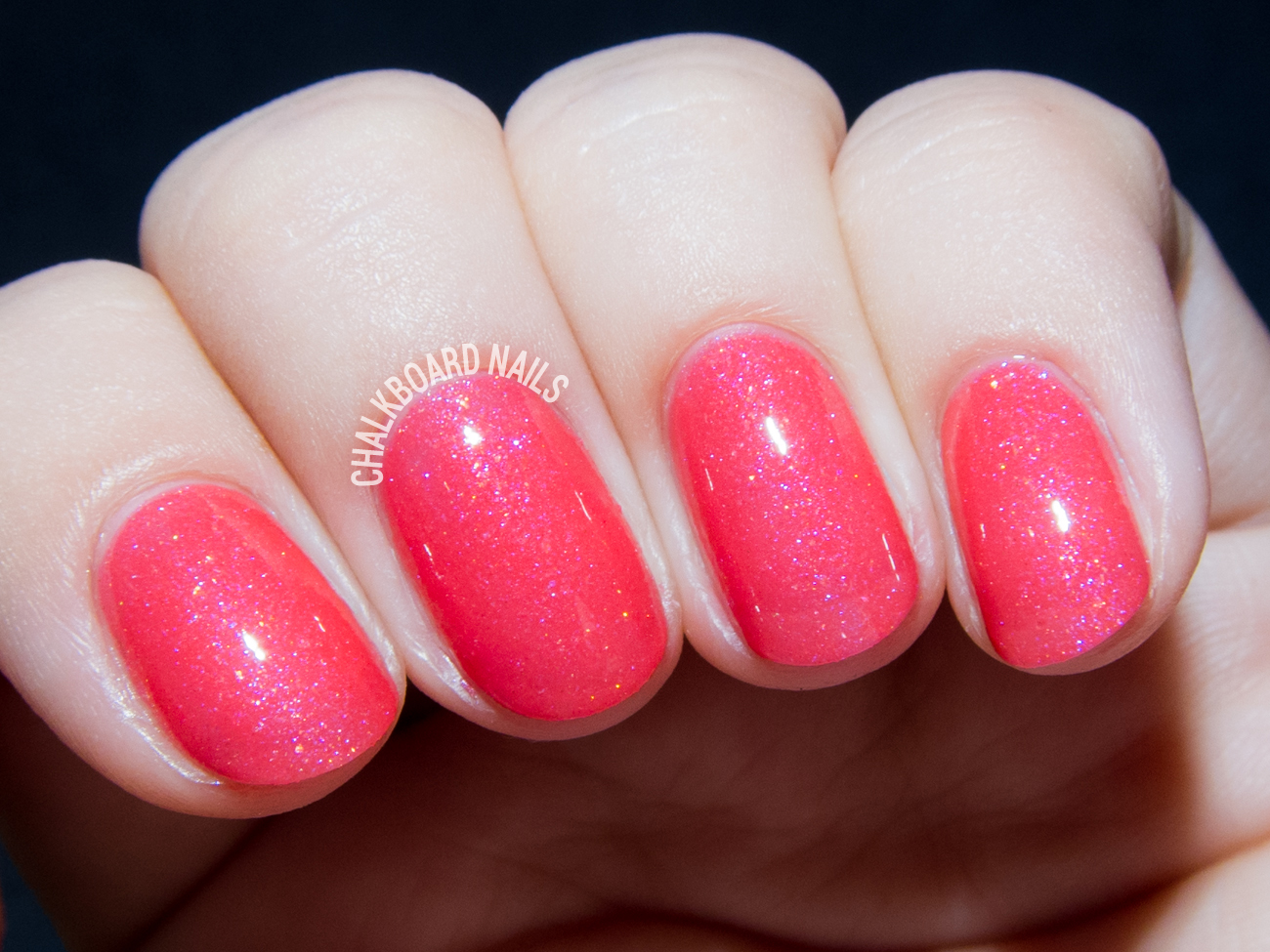 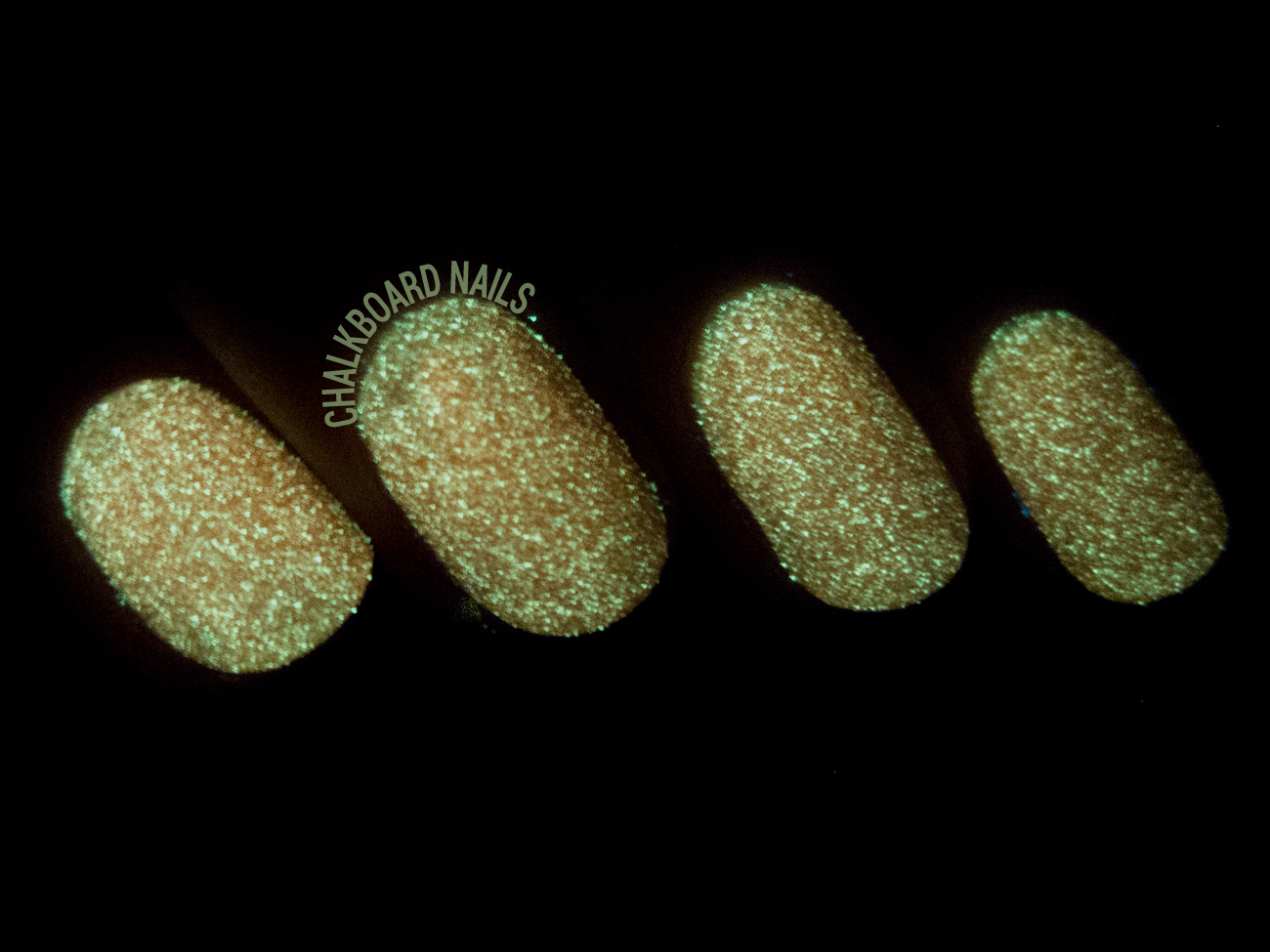 Wisteri-ously Bright is a lavender shade with purple, blue, and silver shimmer. I used three coats for this swatch, but you could get away with two, as well. Like Raspberry Delight, I found this to be one of the grittier ones as it dried. One thing to mention: maybe it's just my eyes, but I always have a hard time seeing this type of blue-colored glow in the dark. 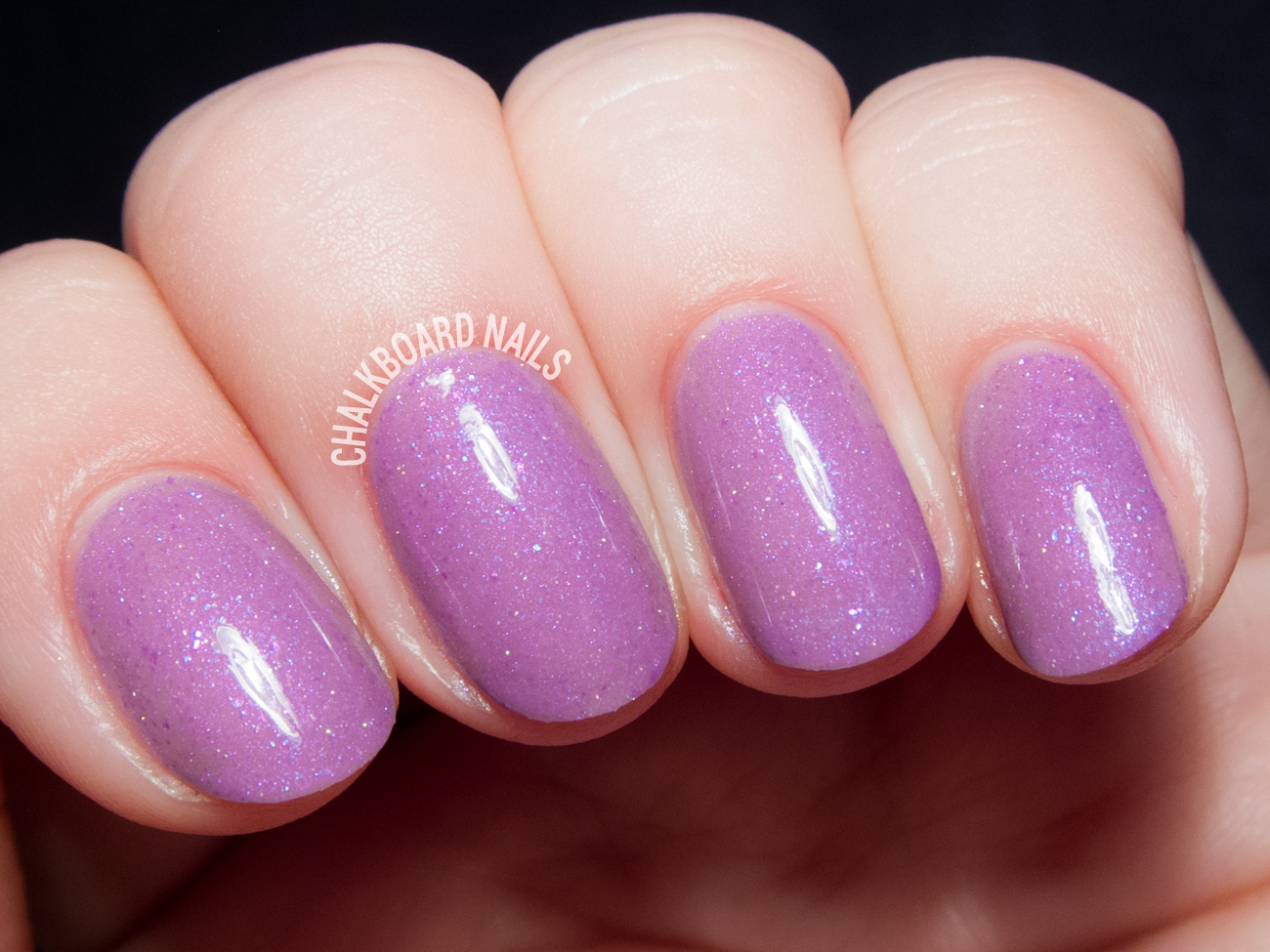 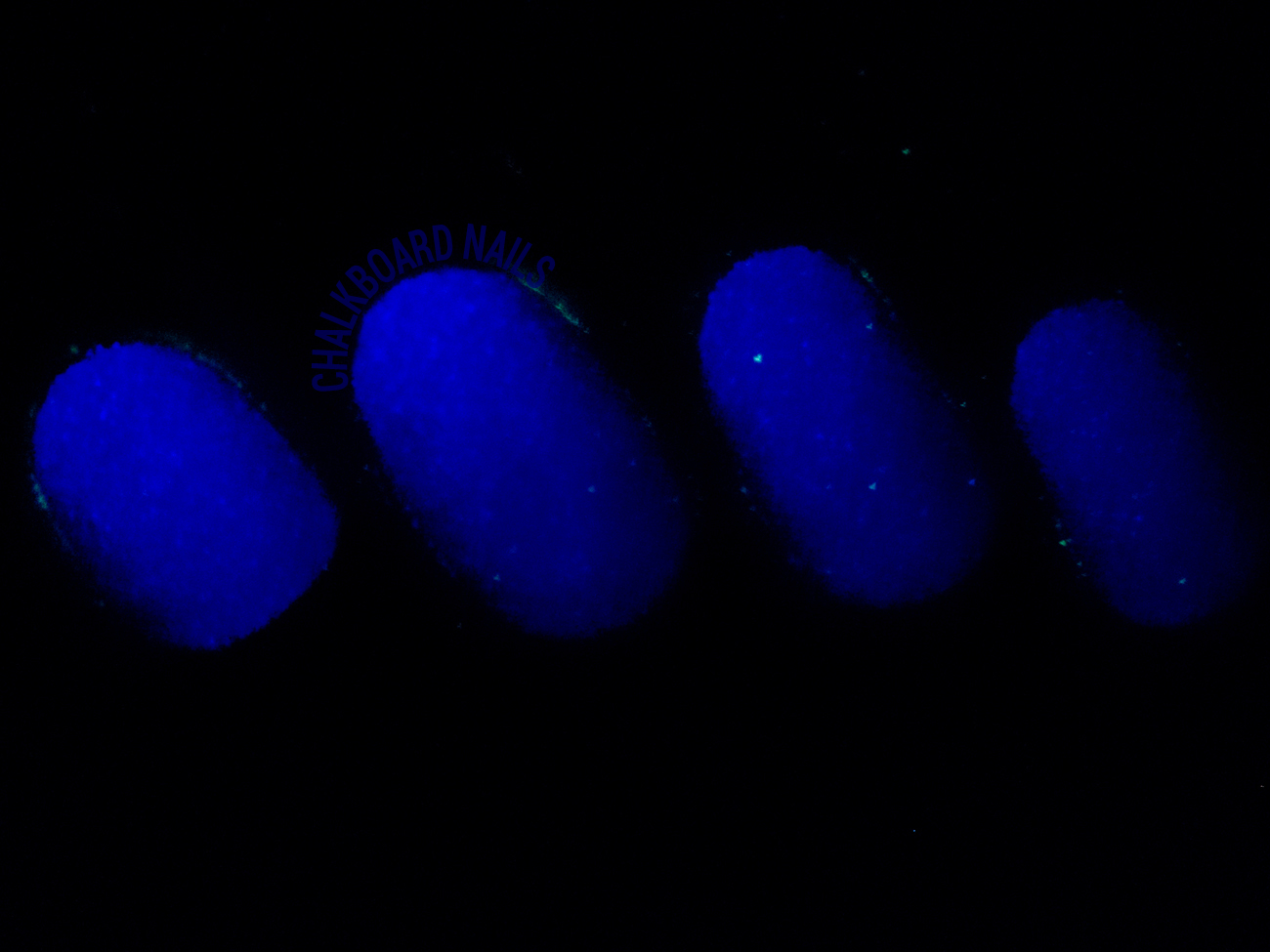 This collection was just restocked on SerumNo5.com, so head over there if you see something(s) you want to add to your collection! International gals, they are also available via a number of stockists.
Unknown 10:00:00 AM Komentar