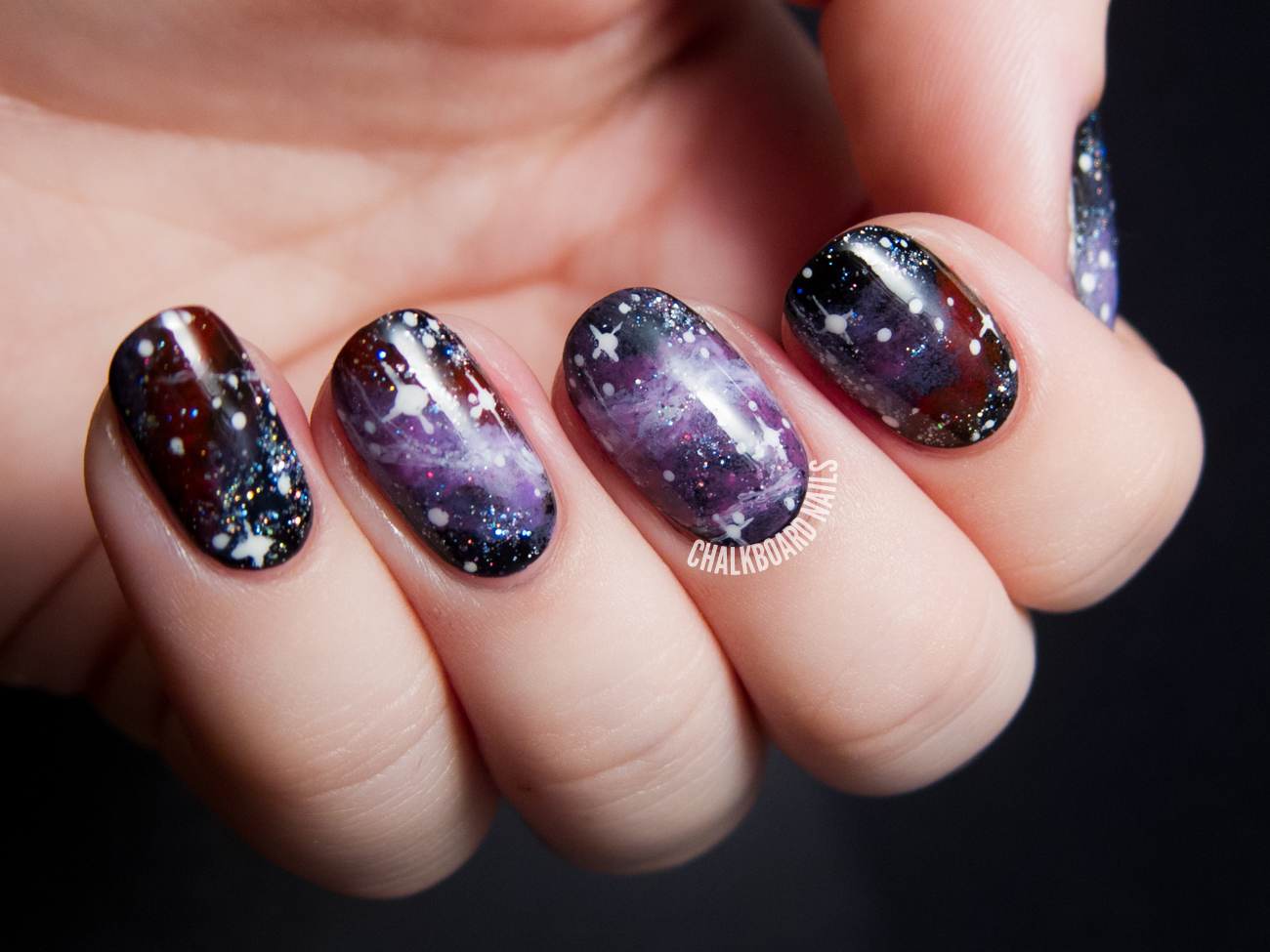 Galaxy nails day for the 31 Day Challenge! I don't do galaxy nails nearly enough. They create such a stunning effect for so little effort. For this year's nail art, I was inspired by a photo of the Pelican Nebula that I found on NASA's Astronomy Picture of the Day (APOD). I didn't end up using enough pink in for the look to match exactly, but that's okay. I love the depth in these. 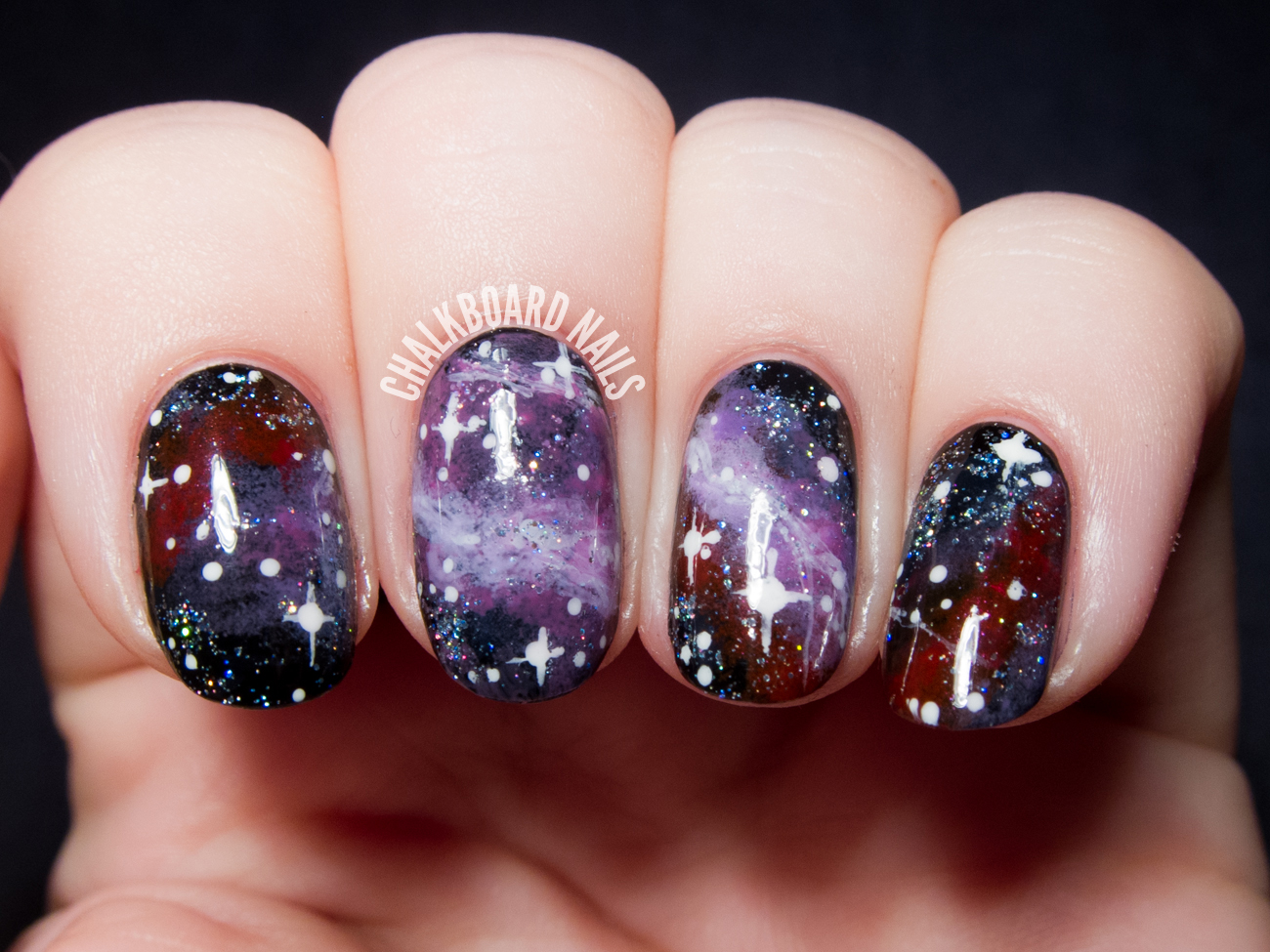 I started by painting my nails black. Then, I used a torn piece of the makeup sponge to apply a bit of navy on my nails -- admittedly, that part doesn't really show as well as I was hoping it did. Using new bits of sponge for each color, I sponged on streaks of red, then medium purple, medium orchid, and light purple.

I mixed a bit of white polish with acetone for a thinned out, watercolor effect, and used it to do a bit of freehanding inside of the light purple sponging (you can see it in the middle of the large purple nebula sections). A holographic glitter, used sparingly, gave the effect of distant stars, while white polish and a pinpoint dotting tool created some closer objects. The final step was to freehand a handful of stars with cross lensflare. 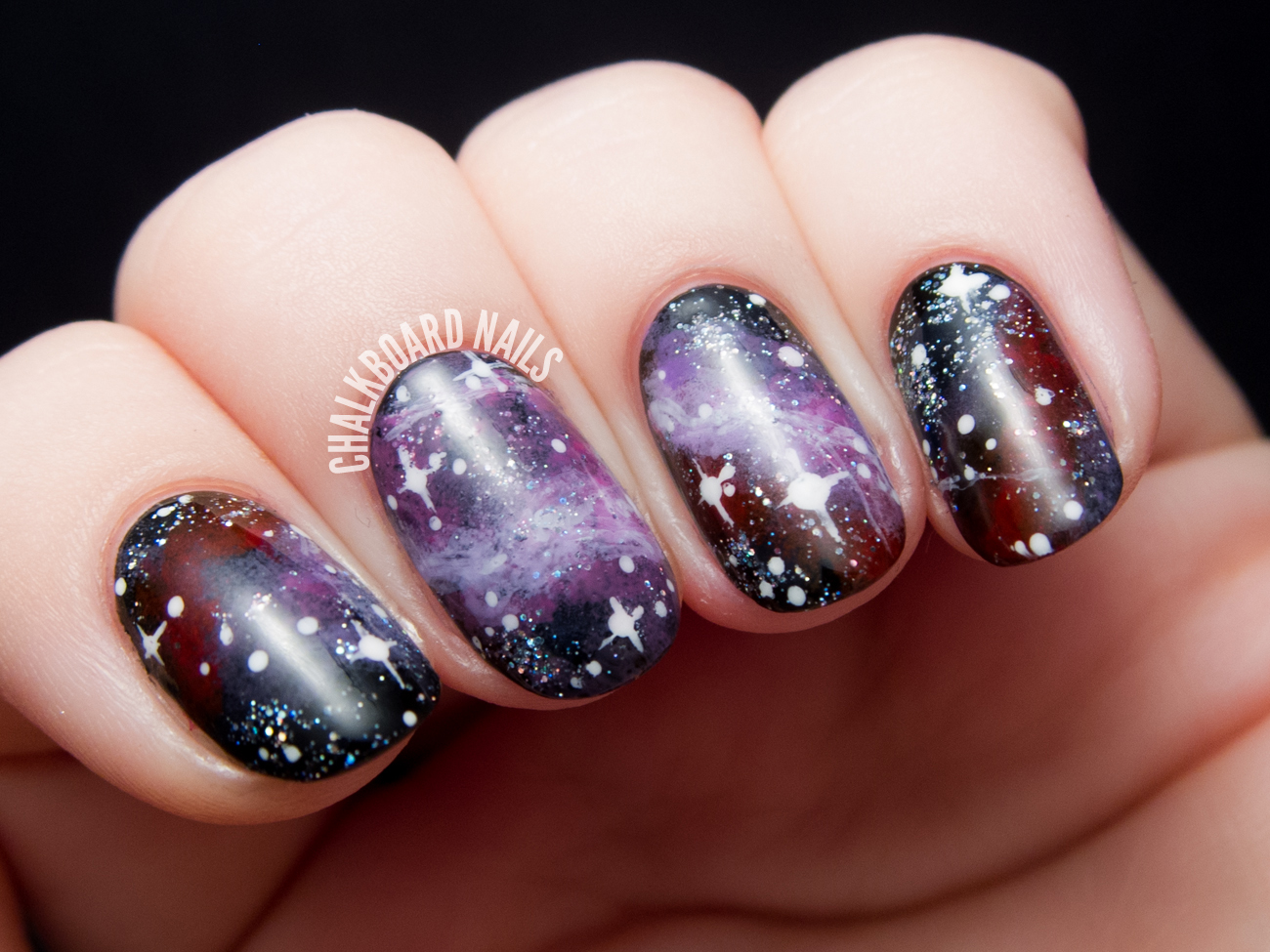 Go where one girl has gone before: