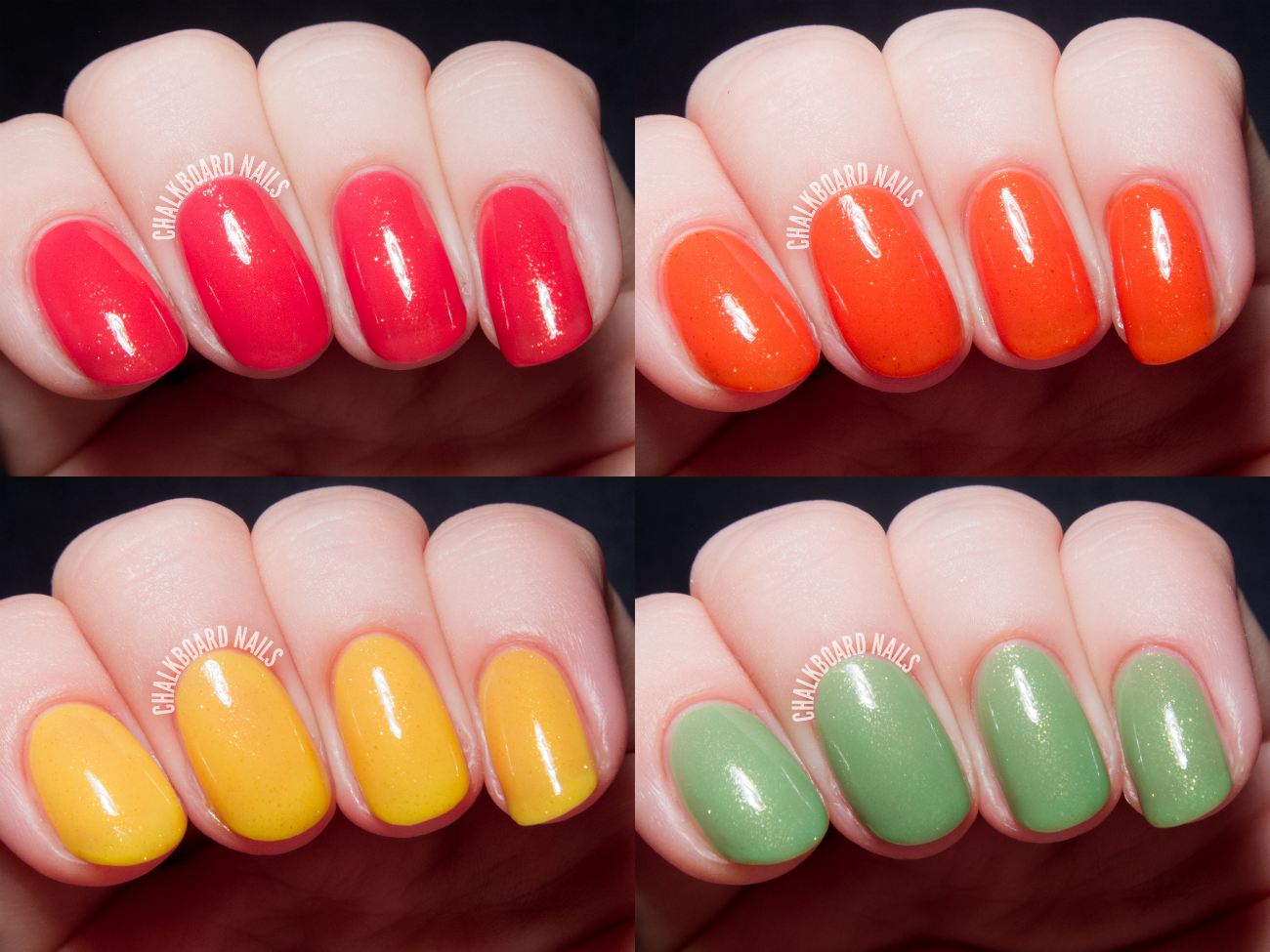 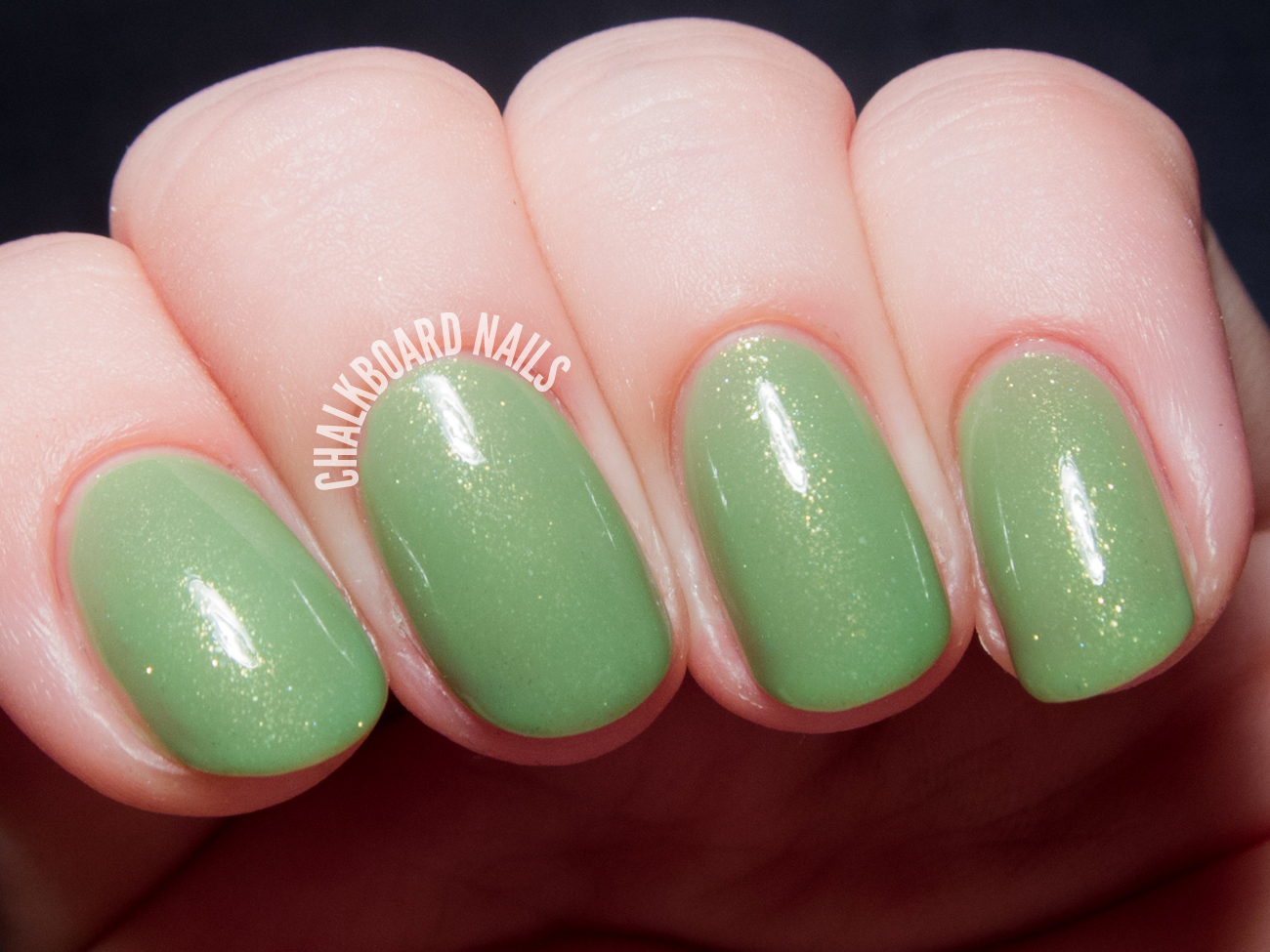 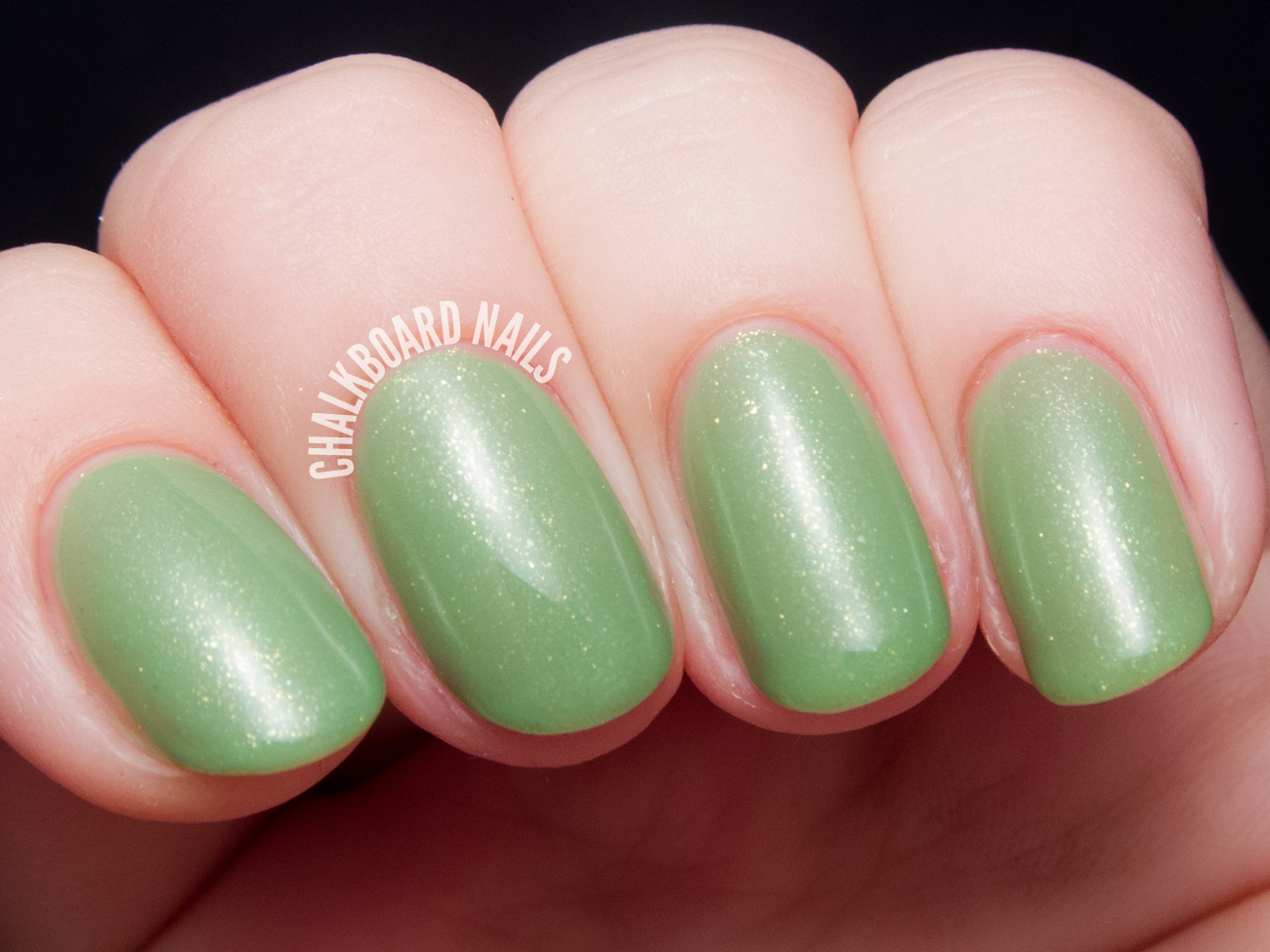 Meyer Lemon is a sunny yellow jelly with gold and orange shimmer. This shade wasn't the most flattering color on my hand, but I love the golden shimmer in it. Three coats. 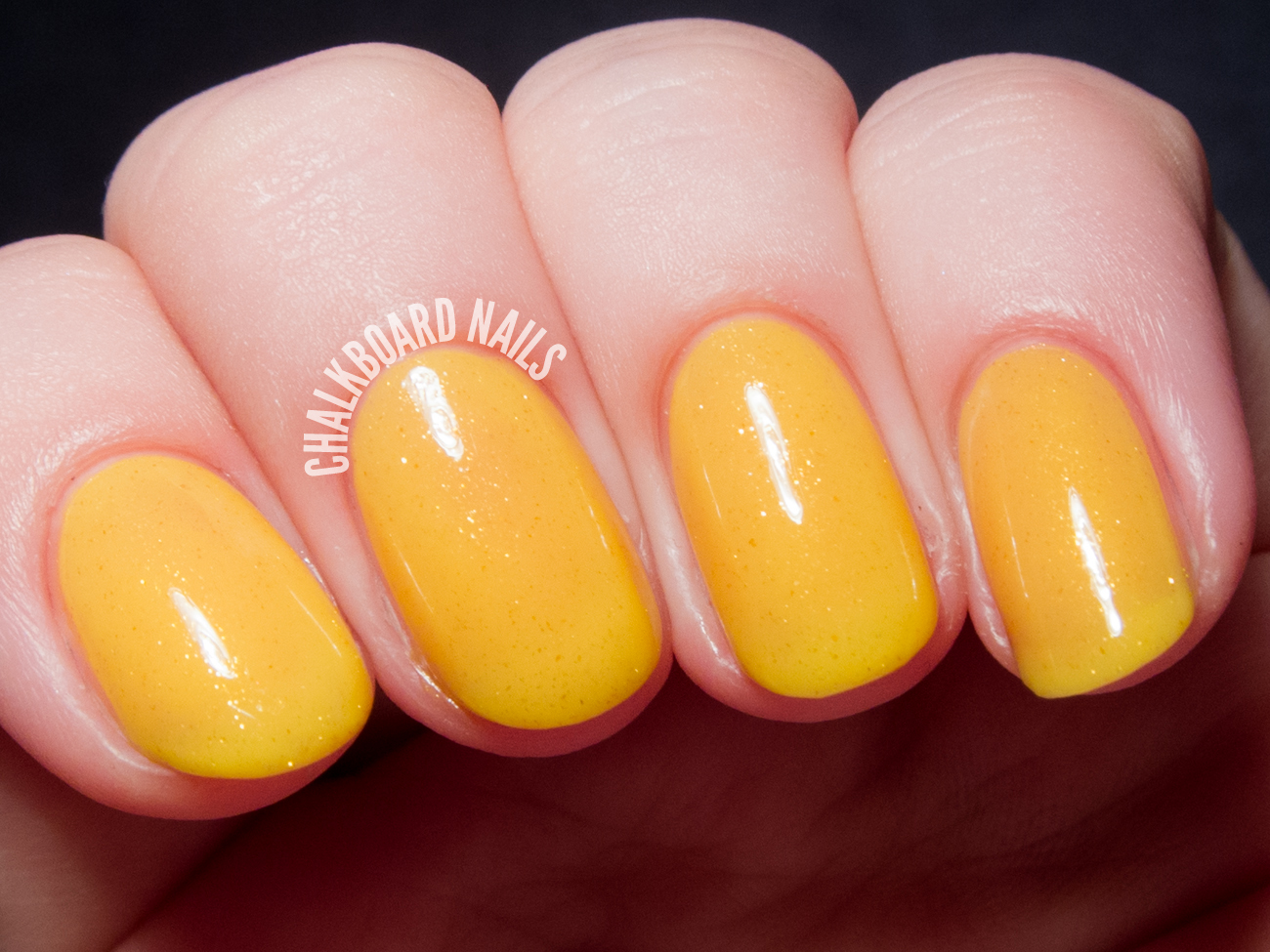 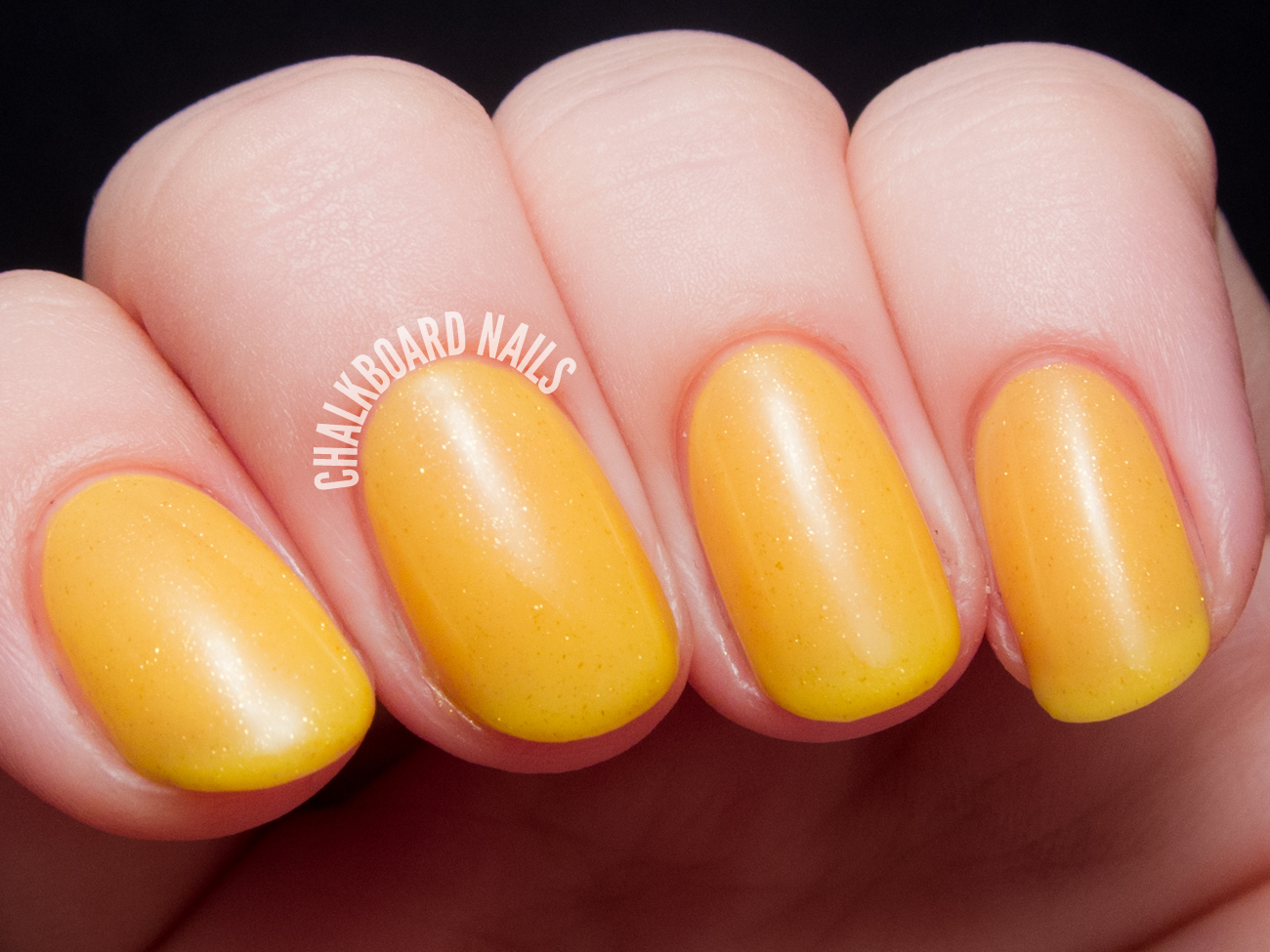 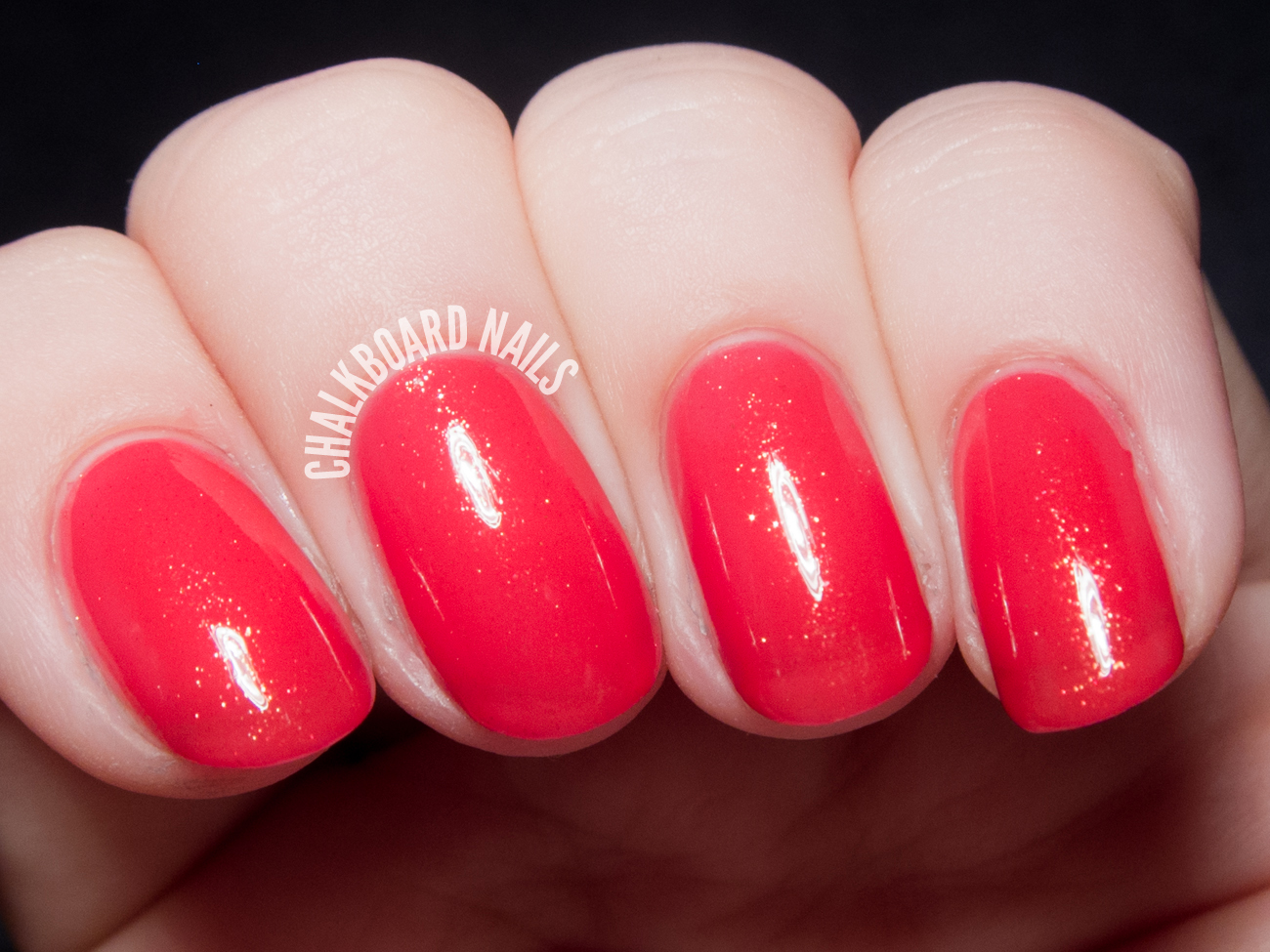 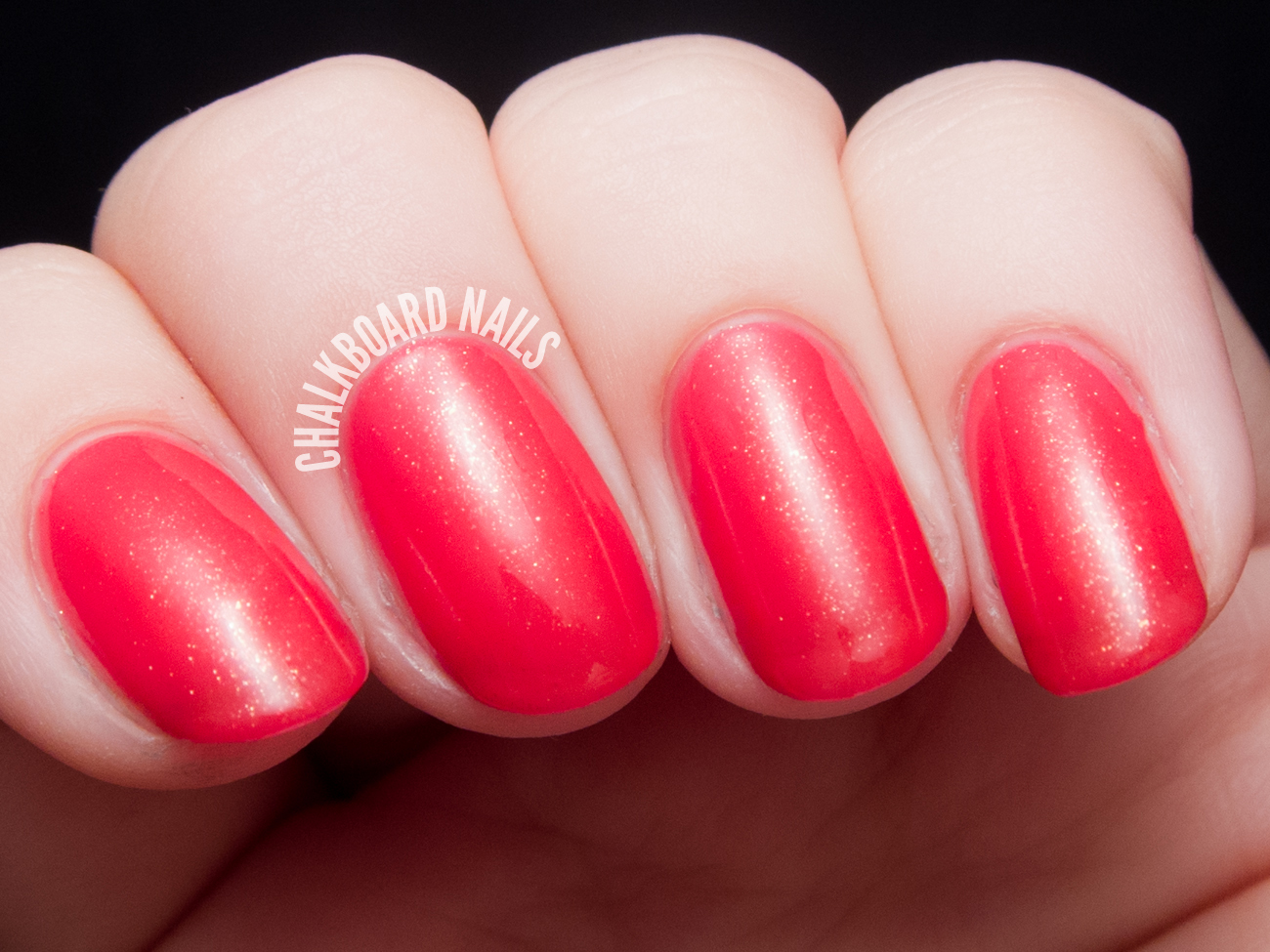 Valencia Orange is a super juicy orange jelly with gold, orange, and red microshimmer. It reminds me of those orange slice jelly candies, the ones with the sugar crystals on them. Isn't it tasty looking? Three coats. 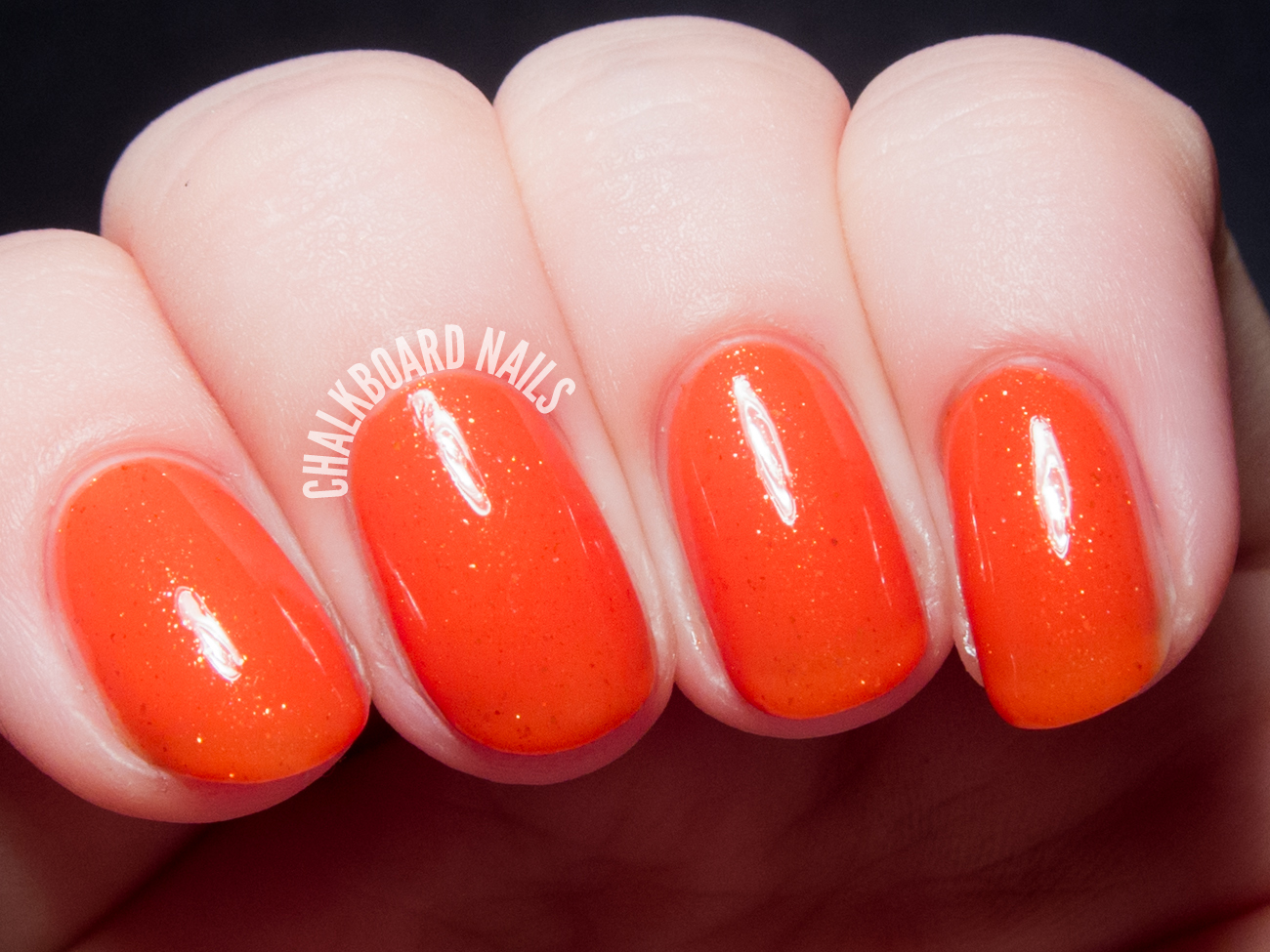 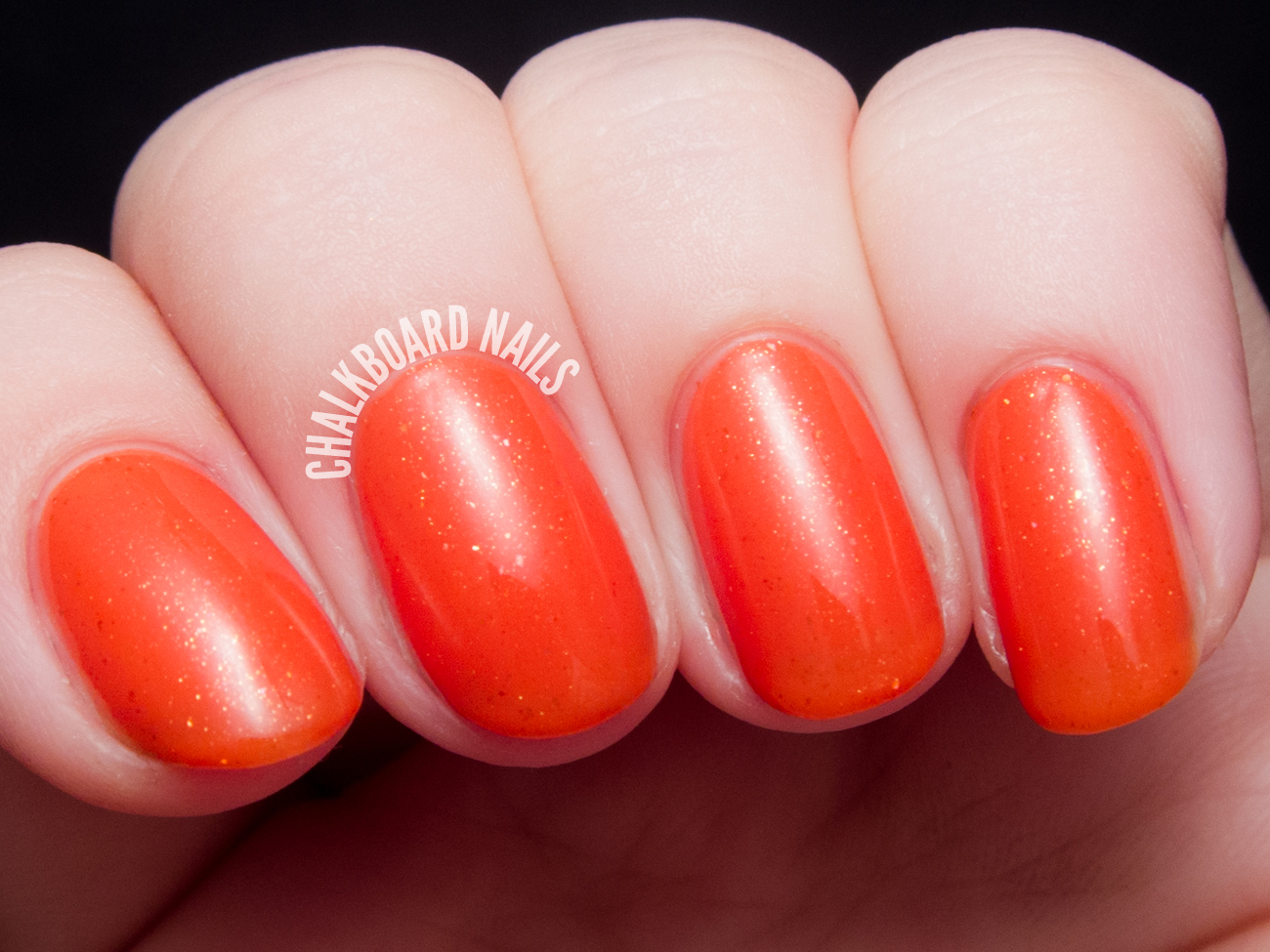 Beach Blanket is Contrary Polish's second anniversary polish. The second anniversary is traditionally the cotton anniversary, so that's where the inspiration comes from. This bright red is packed with blue microshimmer, and has a sort of flecked appearance to it. I think it actually goes really well with the A-Peel Collection! Three coats. 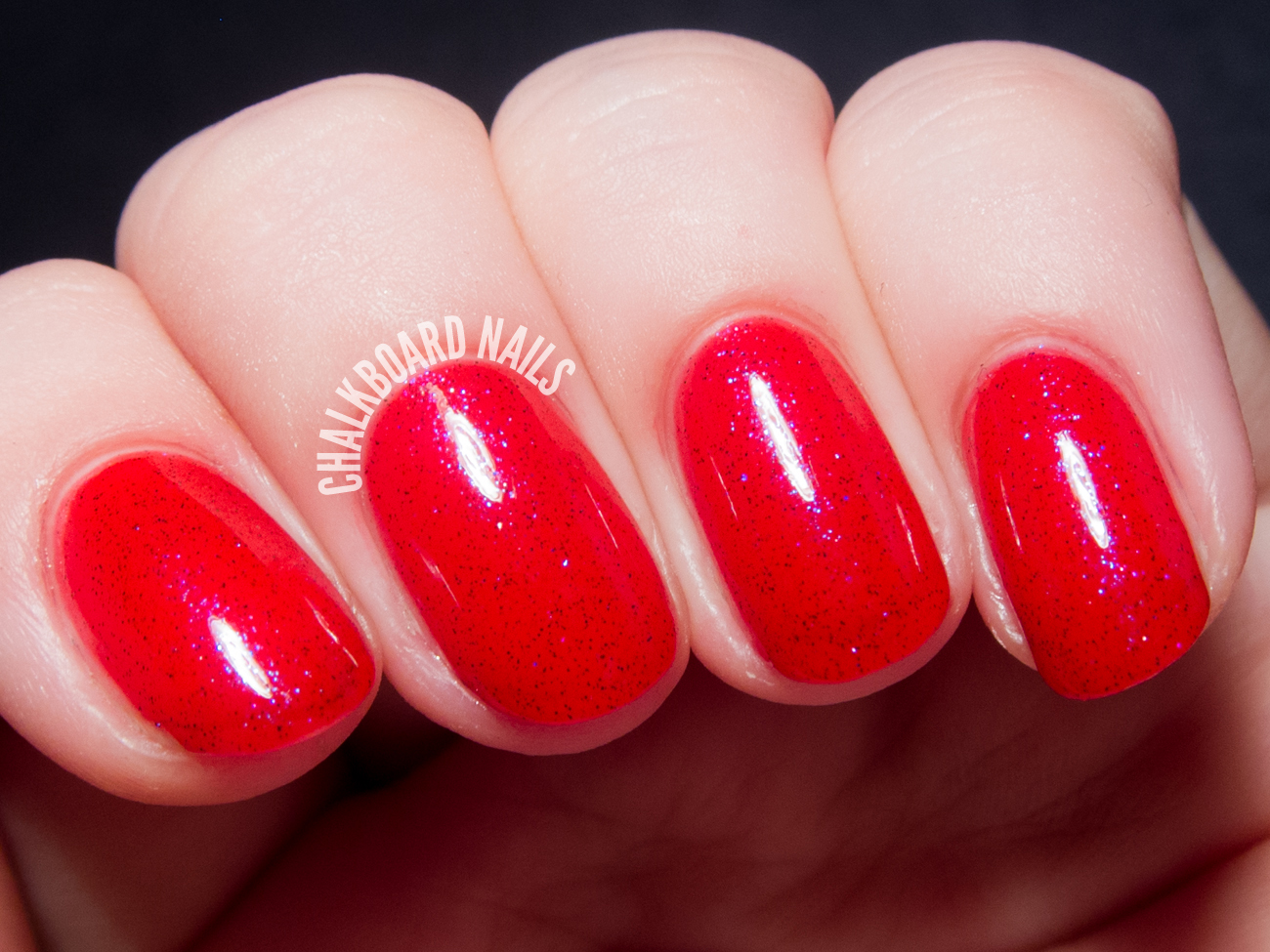 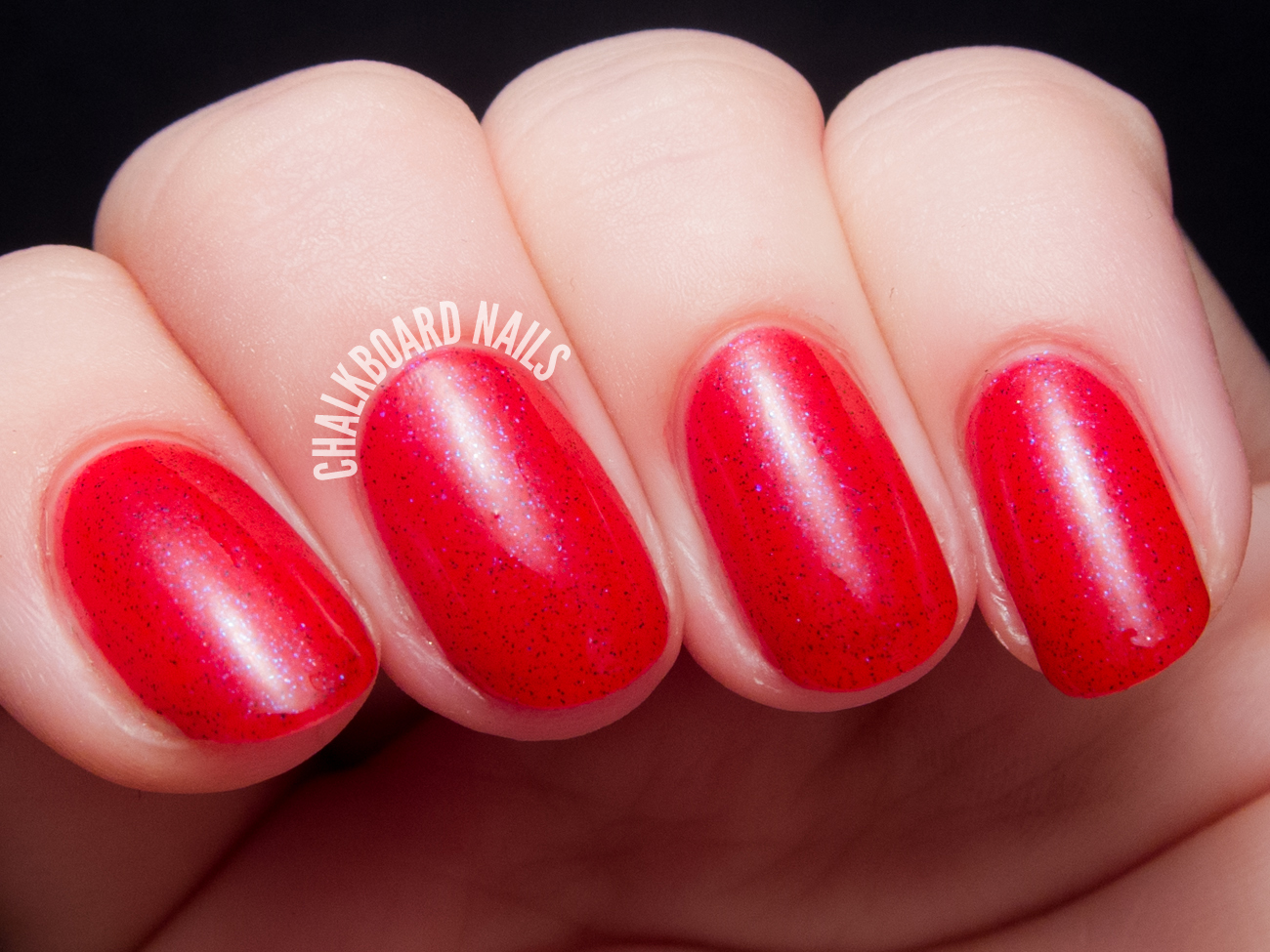 Yummy squishy jellies, smooth formulas, bright colors... It's safe to say that I'm loving this newest release from Contrary. My top picks would be Valencia Orange and Beach Blanket!

Contrary Polish is available from these stockists. Carrie also sells minis - get the details on contrarypolish.com. You can keep up with Contrary on Facebook & Twitter.
Unknown 3:13:00 PM Komentar