Contrary Polish's When In Rome from the August "A Box, Indied" 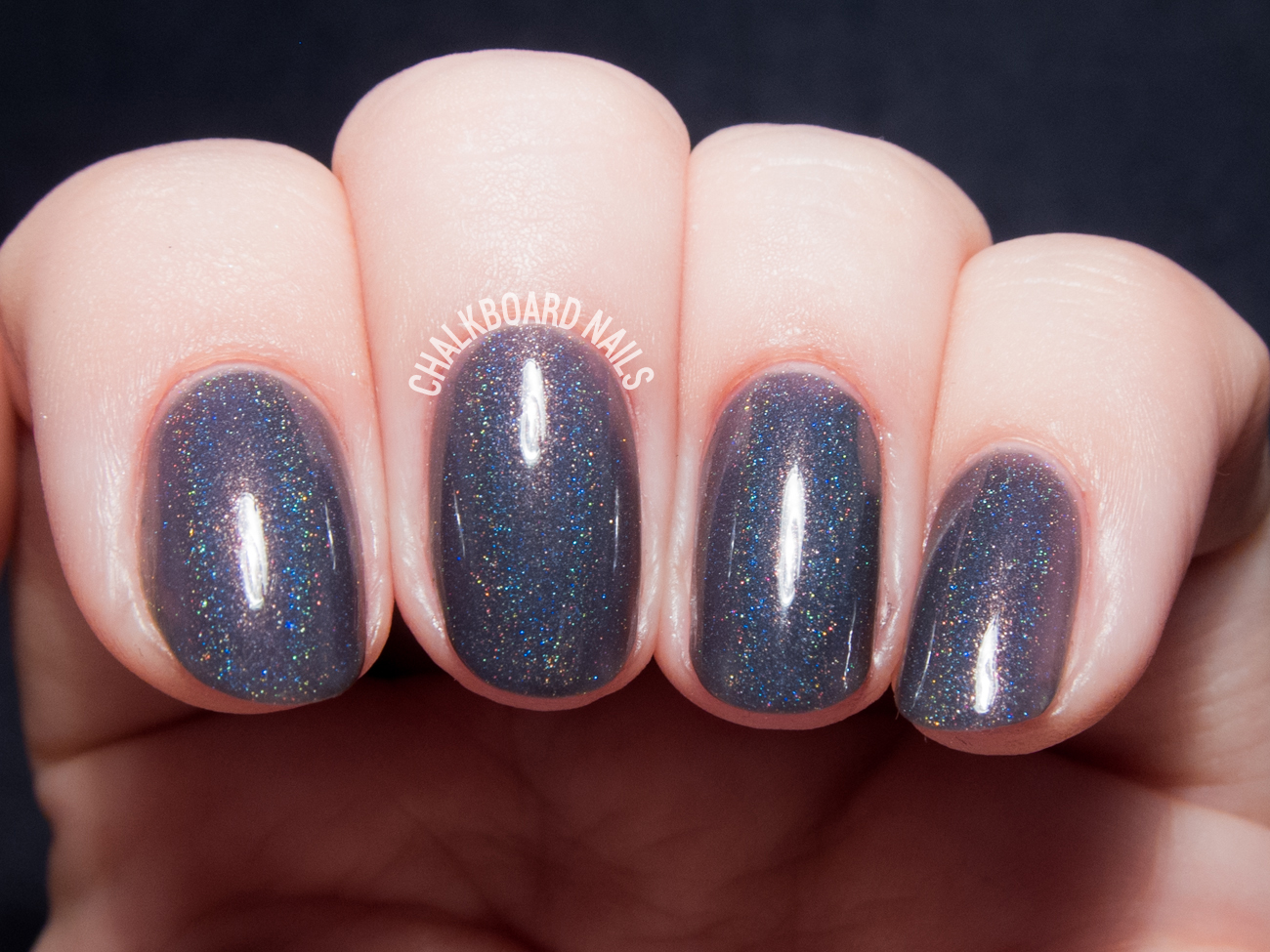 Readers, meet Contrary Polish's first ever linear holographic nail polish! Yes, it's true... The brand best known for its gorgeous shimmers has branched out into the world of holo.

It's named When In Rome, and it's being released as a part of August's "A Box, Indied" polish box. The theme of the box is All Hail Holo, so holoheads... be sure to mark the release on your calendars.

The polish consistency is on the thinner side, but it applies evenly. I used three coats for the coverage you see here.

So let's break it down: not only is this an awesome shade of greyed-purple, WITH holo, but it also has a gorgeous flash of rose gold shimmer (in true Contrary fashion). You can check it out in the first pic up there; look at the area around the white light reflections. 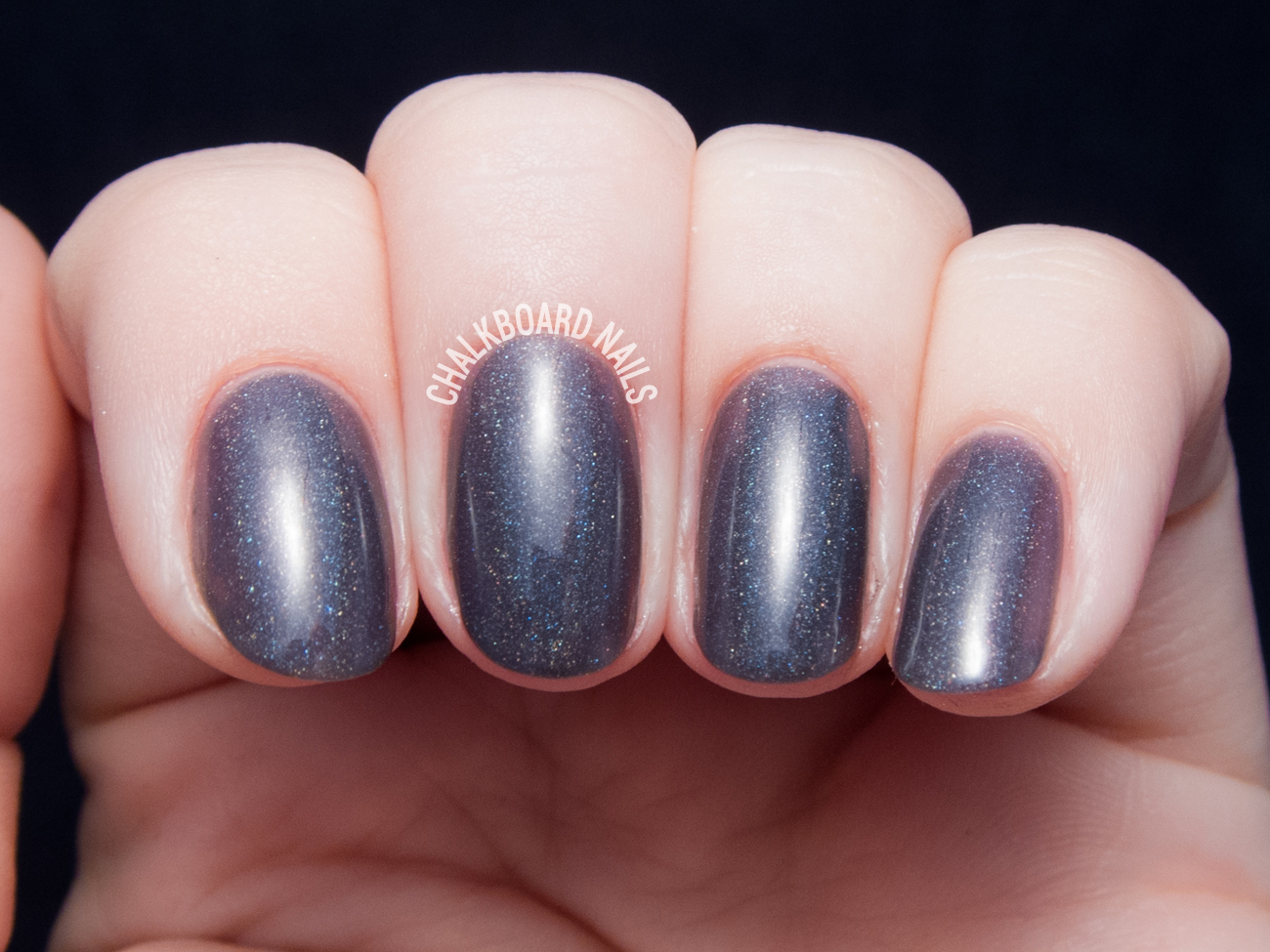 In addition to Contrary Polish, the "All Hail Holo" box will include special releases from Colors by Llarowe, Cupcake Polish, Different Dimension, and Glisten & Glow. It is available as a monthly subscription or as an individual box.

Contrary Polish's When In Rome from the August "A Box, Indied"
4/ 5
Oleh Unknown
Prev Next Home
Subscribe to: Post Comments (Atom)