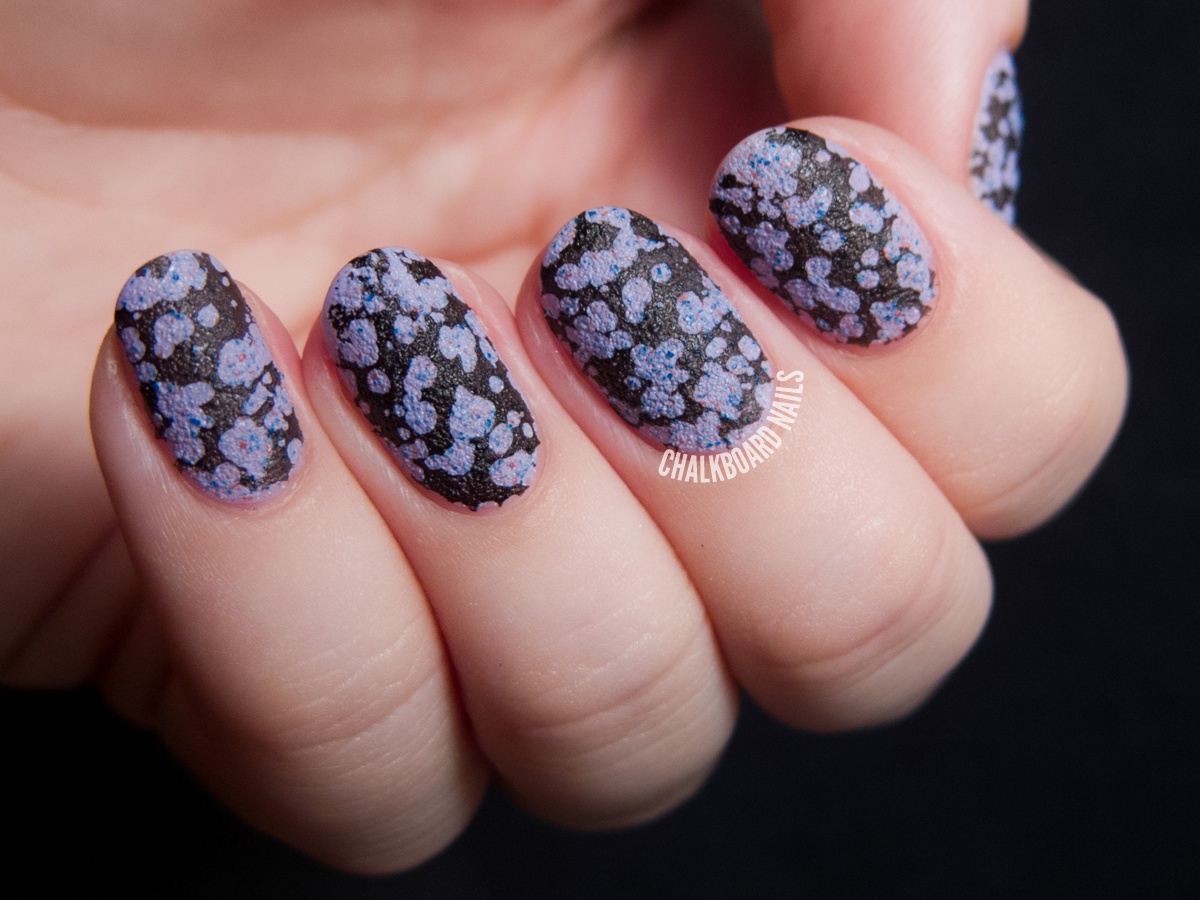 I don't think it's possible for me to wear textured polish anymore without eventually stamping over it. As I've said before, textured stamping is just so great! It tends to disguise imperfections in the stamping, that may or may not be a direct result of my *ahem* lack of stamping skills. Plus, it looks really interesting to boot!

Last time I wore a stamped textured look, you guys really seemed to like it! This one isn't quite as subtle or glamorous, but has a strange appeal all its own. 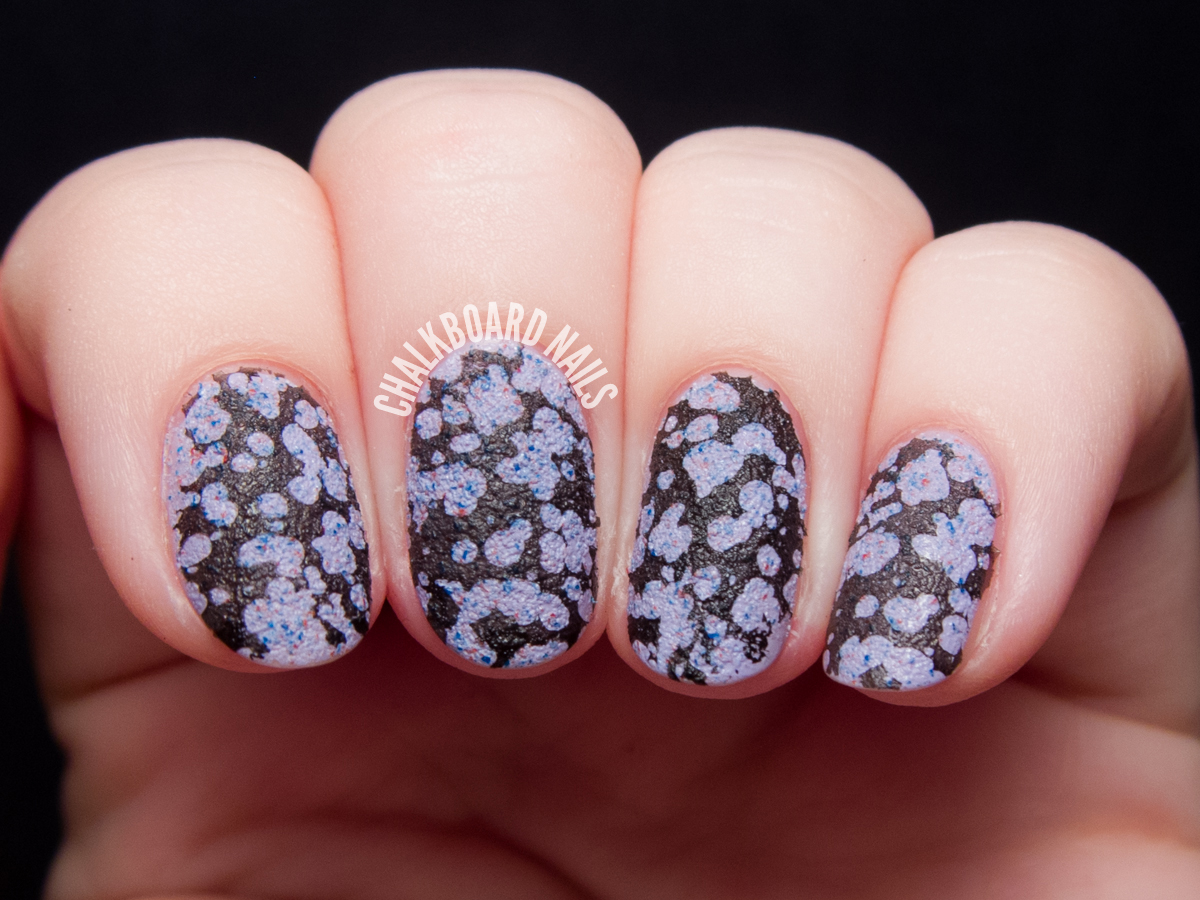 I'm wearing two coats of the textured polish in these photos, and added the stamping after about a day of wear. The nice thing about the spotted image on the Vivid Lacquer plate is that it's SUPER wide, which allows you to randomize the pattern across your nails (no two nails will look alike)!

I did have a bit of trouble with the large open spaces in the plate though. When I scraped the excess polish off, my scraper tended to clean out more of the image than I'd have liked. I'm not sure if that's due to the plate or my own inexperience. 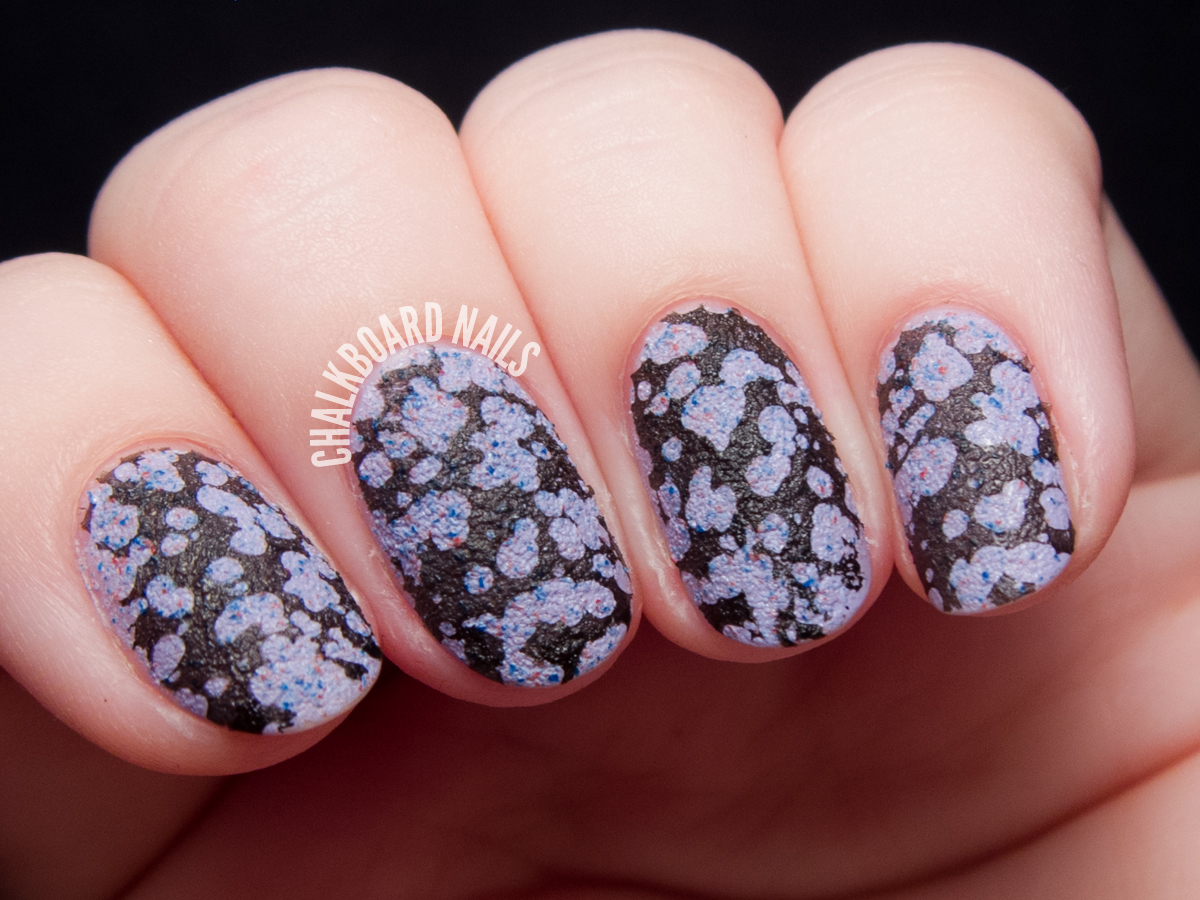 As the texture begins to degrade and smooth out from natural wear, the stamping will be affected too. But, I got a few solid days of wear on top of my one day of wearing the texture naked!
Unknown 12:24:00 PM Komentar